EMT critical condition after being struck by vehicle

An EMT was badly injured when he was struck by a vehicle as he was assisting victims in a crash.

OSCEOLA COUNTY, Fla. - An EMT was badly injured when he was struck by a vehicle as he was assisting victims in a crash.

The young man remains in critical condition at Osceola Regional Medical Center, where his parents still haven’t been able to see him.

Rice described some of the injuries his son, Dawson, suffered when he was hit by a car early Sunday morning in Kissimmee.

The 21-year-old was working a shift as an EMT when he stopped to help victims of a crash on Orange Blossom Trail. The crash report says that’s when a car, driven by 35-year-old Alex Shaw, hit Dawson. 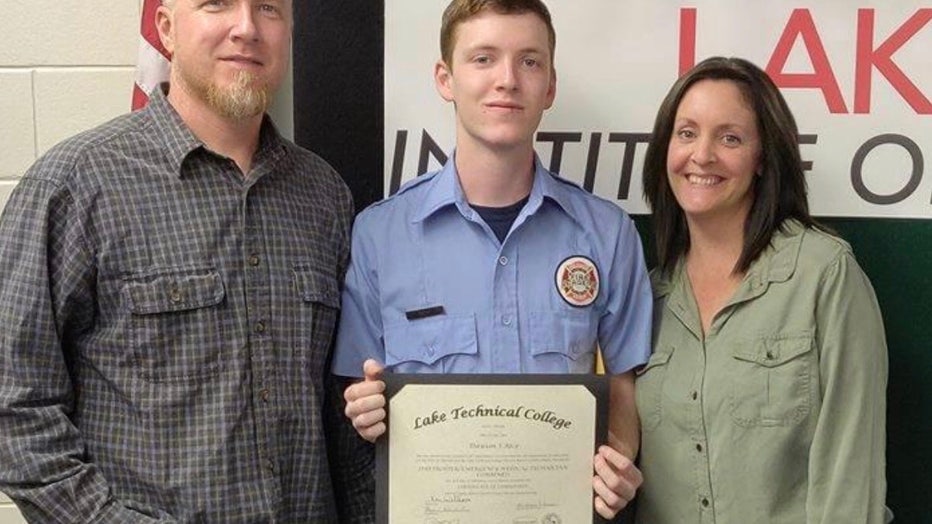 EMT hit by car while responding to scene in Osceola County. (FOX 35 Orlando)

“He was in the slow lane, according to the police report, veered over into the median and everyone tried to get out of the way and he was going fast enough to where my son couldn’t get out of the way,” Rice said.

Two days later, Dawson’s parents still haven’t been able to see him.  They say the hospital’s COVID-19 restrictions prevent them from visiting.

“Just knowing he’s down there at that hospital, all by himself, in the ICU. I could be sitting with him. I cry at night when I go to bed,” said Shannon Rice, Dawson’s mother.

As they pray for their son’s recovery, they’re asking drivers to think of Dawson the next time they see those flashing red and blue lights.

“These people are trying to save your life. Cut them a break. Pay attention. If you see them on the side of the road with their lights lit up, I don’t care if you have to stop, turn around; just do it,” Rice said.

The driver was cited for careless driving and will appear before a judge.