Elon Musk offers to buy Twitter, take it private after rejecting board seat | LiveNOW From FOX

Tesla CEO Elon Musk offered to buy 100% of Twitter for $54.20 per share and to take the social media company private, according to an SEC filing. The deal would cost him more than $43 billion and he says, if it's not accepted, he'd have to reconsider his position as a shareholder.

Elon Musk is offering to buy Twitter, just days after the Tesla CEO said he would no longer be joining the social media company’s board of directors.

Twitter Inc. said in a regulatory filing on Thursday that Musk, currently the company’s biggest shareholder, has proposed buying the remaining shares of Twitter that he doesn’t already own at $54.20 per share, an offer worth more than $43 billion.

Musk called that price his best and final offer, although he provided no details on financing. The offer is non-binding and subject to financing and other conditions.

"I invested in Twitter as I believe in its potential to be the platform for free speech around the globe, and I believe free speech is a societal imperative for a functioning democracy," Musk says in the filing. "However, since making my investment I now realize the company will neither thrive nor serve this societal imperative in its current form. Twitter needs to be transformed as a private company."

Twitter shares rose to $47.83, up 4.3% but well below Musk’s offer price, a sign that some investors may doubt the deal will go through. The stock is still down from its 52-week high of about $73.

Twitter said it has received Musk's offer and will decide whether it is in the best interests of shareholders to accept or continue to operate as a publicly-traded company.

Analyst Daniel Ives of Wedbush said in a client note that he believes "this soap opera will end with Musk owning Twitter after this aggressive hostile takeover of the company." He thinks it would be hard for any other bidders or consortium to come forward and said Twitter’s board will likely be forced to accept Musk’s offer or start a process to sell the company. 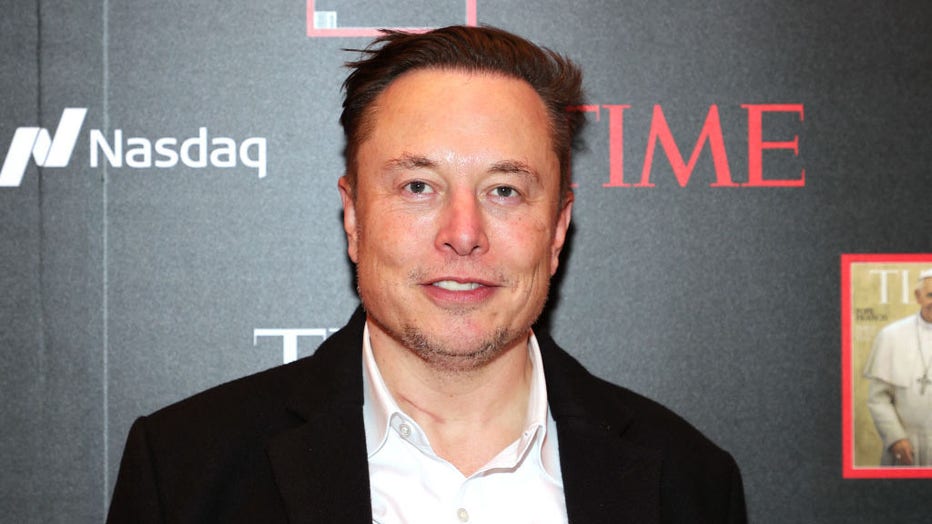 Musk revealed in regulatory filings over recent weeks that he’d been buying shares in almost daily batches starting Jan. 31, ending up with a stake of about 9%. Only Vanguard Group’s suite of mutual funds and ETFs controls more Twitter shares. A lawsuit filed Tuesday in New York federal court alleged that Musk illegally delayed disclosing his stake in the social media company so he could buy more shares at lower prices.

The billionaire has been a vocal critic of Twitter in recent weeks, mostly over his belief that it falls short on free speech principles. The social media platform has angered followers of Donald Trump and other far-right political figures who’ve had their accounts suspended for violating its content standards on violence, hate or harmful misinformation. Musk has described himself as a "free speech absolutist" but is also known for blocking other Twitter users who question or disagree with him.

After Musk announced his stake, Twitter quickly offered him a seat on its board on the condition that he not own more than 14.9% of the company’s outstanding stock, according to a filing. But the company said five days later that he’d declined.

He didn’t explain why, but the decision coincided with a barrage of now-deleted tweets from Musk proposing major changes to the company, such as dropping ads — its chief source of revenue — and transforming its San Francisco headquarters into a homeless shelter.

Twitter hasn't done as well as its social media rivals and lost money last year. The company reported a net loss of $221 million for 2021 largely tied to the settlement of a lawsuit by shareholders who said the company misled investors about how much its user base was growing and how much users interacted with its platform. Its co-founder Jack Dorsey resigned as CEO in late November and was replaced by new CEO Parag Agrawal.

Here's a look back at some notable business ventures by Elon Musk, who has quickly risen in the ranks of the wealthiest men in the world.

Musk’s more than 81 million Twitter followers make him one of the most popular figures on the platform, rivaling pop stars like Ariana Grande and Lady Gaga. But his prolific tweeting has sometimes gotten him into trouble with the U.S. Securities and Exchange Commission and others.

Musk and Tesla in 2018 agreed to pay $40 million in civil fines and for Musk to have his tweets approved by a corporate lawyer after he tweeted about having the money to take Tesla private at $420 per share. That didn’t happen, but the tweet caused Tesla’s stock price to jump. Musk’s latest trouble with the SEC could be his delay in notifying regulators of his growing stake in Twitter.