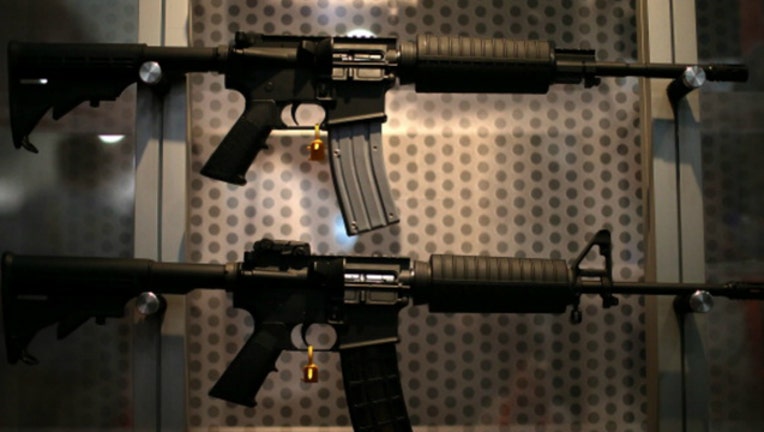 Both proposals have cleared a 76,632-signature threshold that makes them eligible to go to the Supreme Court. The Florida Division of Elections on Wednesday listed them as being ready for court review, joining four other ballot proposals that already had cleared the threshold.

The proposals, however, have a long way to go before they could reach the November 2020 ballot. The Supreme Court serves as a gatekeeper to make sure ballot wording meets legal standards. If the Supreme Court signs off, supporters of each measure ultimately would have to submit 766,200 valid signatures.

Also posing a potential obstacle is a newly signed law that will make it harder to carry out ballot-petition drives.

A political committee supporting the proposed constitutional amendment to change the primary-election process has shown a huge jump in petition signatures in recent weeks, with the total at 132,604 as of Wednesday afternoon.

Under the proposal, all registered voters, regardless of political affiliation, would be able to cast ballots in primary elections in races for the Legislature, governor and Cabinet posts. The two candidates getting the most votes in each primary would advance to the general election. That would be a huge change from the state's "closed" primary system, which limits voting to people registered with political parties.

"No voter will be excluded from voting based on their party affiliation or lack of affiliation," said Glenn Burhans, chairman of the political committee known as All Voters Vote. "More than 3.7 million registered Florida voters are currently blocked from participating in primary elections. Adding insult to injury, those disenfranchised voters pay taxes to fund the elections that they are blocked from voting in."

But if the measure reaches the 2020 ballot, it could face opposition from Republican and Democratic leaders. As an example, during a discussion of potential primary changes at a Florida Democratic Party annual conference this month, Sen. Gary Farmer, D-Fort Lauderdale, pointed to a "fundamental idea" that Democrats should nominate their nominee and Republicans should nominate theirs.

"Consider the word primary, it is party-based," he said. "We have parties for a reason."

Supporters of the proposed ban on assault weapons, meanwhile, announced June 10 that they had enough signatures to spur Supreme Court review, but that was not formally reflected by the Division of Elections until Wednesday.

The assault-weapon issue has long been controversial, but Florida lawmakers have repeatedly rejected calls from gun-control activists to impose a ban. The ballot proposal would define assault weapons as "semiautomatic rifles and shotguns capable of holding more than 10 rounds of ammunition at once, either in fixed or detachable magazine, or any other ammunition-feeding device."

As of Wednesday afternoon, the political committee Ban Assault Weapons Now had submitted 91,211 valid petition signatures to the state, according to the Division of Elections website.

The other four proposed constitutional amendments that are eligible for Supreme Court review would revamp the state's electric utility industry; gradually raise the state's minimum wage to $15 an hour; expand Medicaid coverage; and change wording in the Constitution about the citizenship of voters.

The Supreme Court has scheduled Aug. 28 arguments on the electric-utility proposal and has said it will consider the minimum-wage proposal without holding oral arguments. It has not indicated how it will handle the Medicaid and citizenship measures.