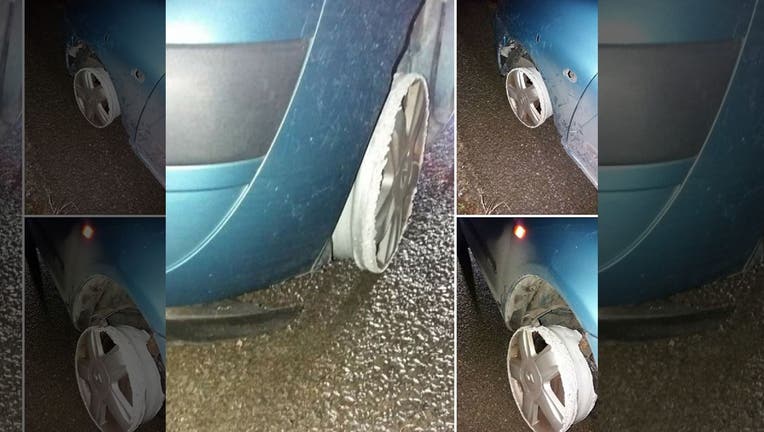 BURY, U.K. - Police on patrol in the early morning of New Year’s Day had an easy time spotting a drunk driver, because their car was missing both front tires.

The Greater Manchester Traffic Police reported that the unidentified motorist was “struggling to drive” and pulled over on a highway outside Bury, U.K., SWNS reported.

Photos of the vehicle reveal that the tires were completely torn off the rims, which were severely worn by the time the cops stopped it.

Police said it was “no surprise” when the driver failed a breathalyzer test, which registered more than five times over the legal limit. The driver was arrested on the scene and was not the first to be caught with this type of violation in recent days.

In December, South Yorkshire Police arrested an "incredibly drunk" driver behind the wheel of a car missing one front tire. 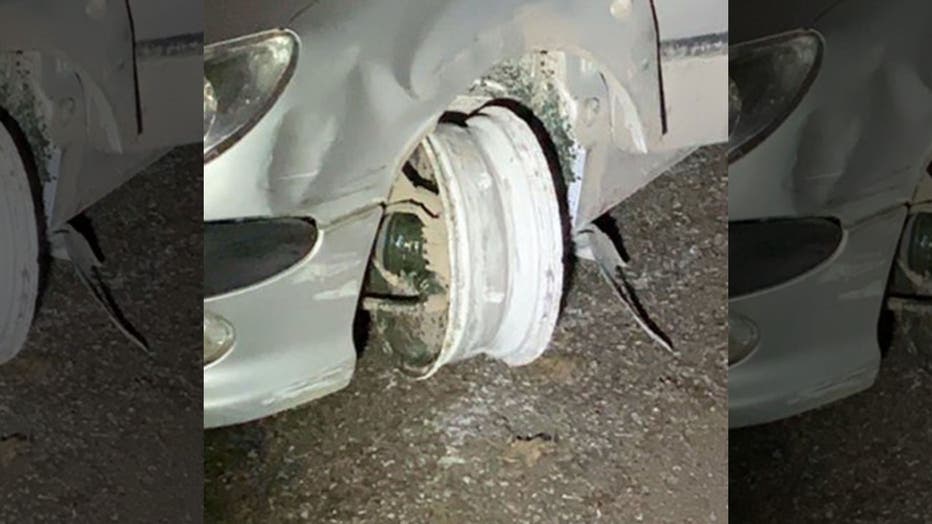 U.K. law allows drunk drivers to be punished with up to six months in prison, a one-year driving ban and an unlimited fine issued by the court.