VAN NUYS, Calif. - An investigation was underway Friday after authorities detained a driver who took police on a pursuit down runways at Van Nuys Airport.

The vehicle was maneuvering up and down runways as airplanes were preparing for take-off and landing. At times, the driver was seen with both of his hands up in the air out of the vehicle's sunroof.

The pursuit lasted for about 20 minutes, which included a couple of PIT maneuvers from police. The chase finally came to an end after the driver crashed through a fence.

The driver, and sole occupant of the vehicle, was taken into custody without further incident. His name has not been released.

Airport police told FOX 11's Gigi Graciette that they believe the suspect breached security at a construction site near the airport grounds. 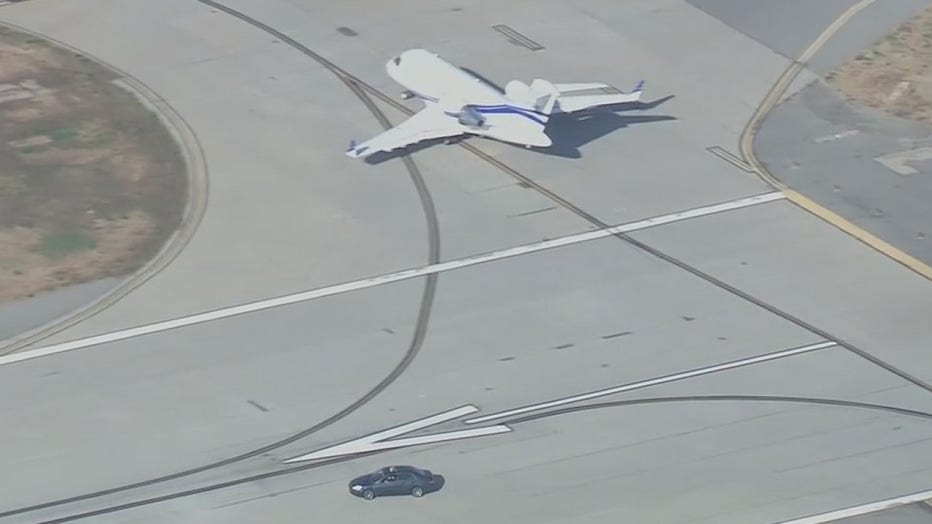 Police said the suspect was rambling about the "federal government" and "Mexican drug cartels."

Authorities believe this may be a mental health issue and said that after the crash, the suspect lifted up his shirt to show the police sergeant evidence of a medical condition that prevented him from laying out on the ground to be arrested. 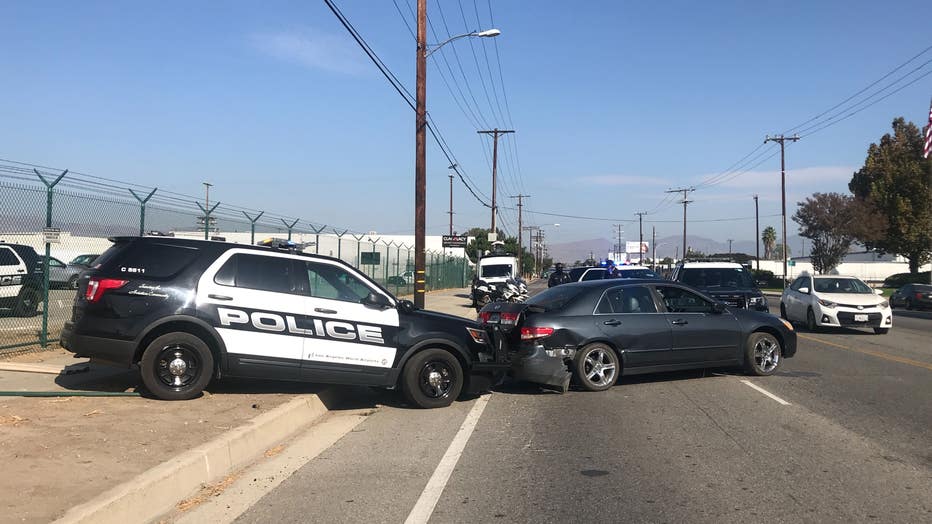 "The car is his girlfriend's, I'm sure she'll be really happy about that today," said Sgt. Charles Pierce, with the Los Angeles Police Department's Van Nuys station.

There was no immediate word on whether flight schedules were impacted.

A driver was arrested after leading police on a wild pursuit at the Van Nuys Airport.