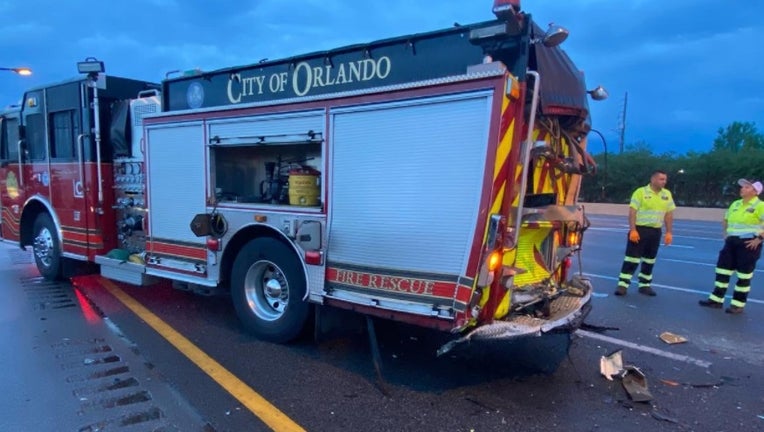 ORLANDO, Fla. - The eastbound lanes of State Road 408 in Orlando were shut down for several hours after a deadly crash early Friday.

This happened around 2:30 a.m. between Conway Road and Andes Ave. The Orlando Fire Department says a driver coming around the curve failed to slow down and hit two fire trucks.

The driver was killed in the accident. No firefighters were injured.

Officials are on the scene investigating. The lanes have since reopened.