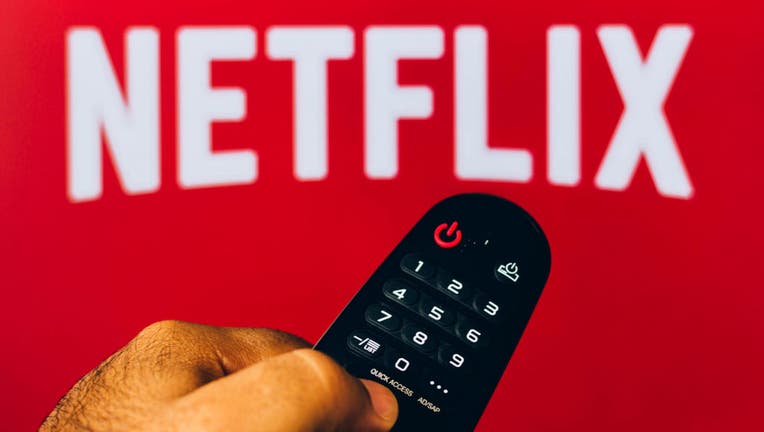 BRAZIL - 2022/02/21: In this photo illustration, a hand holding a TV remote control points to a screen that displays the Netflix logo. (Photo Illustration by Rafael Henrique/SOPA Images/LightRocket via Getty Images)

If you really love a show or movie on Netflix, the company wants you to hit the "Double Thumbs Up" option.

The streaming service said its latest feature will provide viewers with more choices and recommendations that better suit their tastes.

"Providing an additional way to tell us when you’re really into something means a profile with recommendations that better reflect what you enjoy," the company said on its website.

"Consider Double Thumbs Up as a way to fine-tune your recommendations to see even more series or films influenced by what you love," the company continued.

Company leaders said, for instance, if users like the show "Bridgerton," they will see other productions with the cast members pop up on their menus or other Shondaland-produced content.

Netflix’s family-friendly horror movie 'Nightbooks' is now on Netflix. Stephanie Weaver spoke with the cast about their roles.

Netflix Inc raised its monthly subscription price by $1 to $2 per month in the United States depending on the plan, the company said in January, to help pay for new programming to compete in the crowded streaming TV market. The standard plan, which allows for two simultaneous streams, now costs $15.49 per month, up from $13.99, in the United States.

In January, Netflix delivered its latest quarter of disappointing subscriber growth during the final three months of 2021, a trend that management foresees continuing into the new year as tougher competition is undercutting the video streaming leader.

The Los Gatos, California, company added 8.3 million worldwide subscribers during the October-December period, about 200,000 fewer than management had forecast. Besides releasing its fourth-quarter results, Netflix also projected an increase of 2.5 million subscribers during the first three months of this year, well below analysts’ expectations for a gain of 4 million, according to FactSet Research.

It capped a challenging year for Netflix after it reveled in eye-popping gains during the pandemic lockdowns of 2020 that drove homebound people to its service.

The Associated Press and FOX Business contributed to this report. This story was reported from Los Angeles.