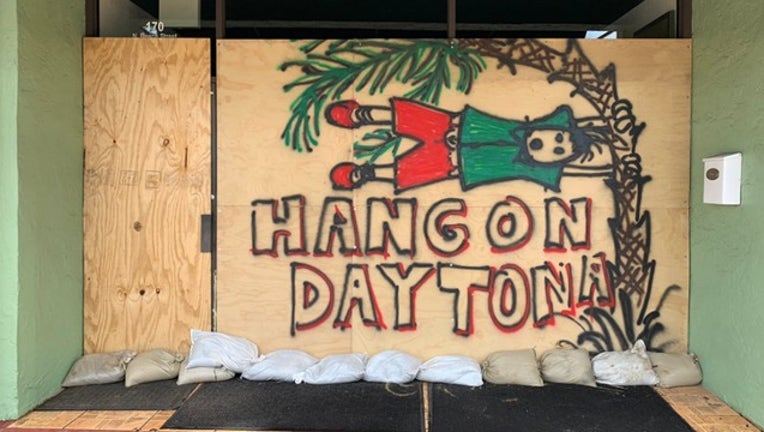 ORLANDO, Fla. (FOX 35 ORLANDO) - Several counties have issued curfews in order to keep residents safe from the potential impacts of Hurricane Dorian's, which is expected to travel up Florida's east coast.

The areas included are cities and unincorporated areas east of Halifax River. Beach side residents, those living RVs, mobile homes, and low-lying areas should abide by the curfew.

Both north and south causeways in New Smyrna Beach are now being manned by police to ensure only persons and residents with legitimate business are permitted eastbound entry.

Orange County officials announced on Tuesday that no curfew will be in effect.

The improved 5 p.m. forecast track of Hurricane Dorian from the National Weather Service (NWS), which dropped Tropical Storm Warnings for Osceola County, has resulted in lifting a curfew that was set to go into effect tonight at 11 p.m.

The latest information from NWS shows potential tropical storm squalls from Dorian will primarily affect the rural and largely unpopulated areas of eastern Osceola County. In the interest of public safety, the County waited for the 5 p.m. forecast to make the decision.

Evacuation zones A, B, and F are under a curfew order that goes into effect Tuesday at 7:00 p.m. until further notice. No one should be out in those zones. Anyone traveling in those areas will be subject to questioning by law enforcement officers. The curfew is to protect the residents and property in the evacuated areas.

Breaking a curfew is reportedly a second-degree misdemeanor. Only medical personnel and media are excused from complying with the curfew hours. If stopped, they must present credentials to an officer.

While both bridges are in the evacuation area, they formally close when winds reach a sustained 45 mph. Regardless of debris and other roadway conditions, the bridges have to be inspected for structural integrity and cleared by the Florida Department of Transportation before they can be driven. Officials will let residents know when roadways are safe to travel.

For the latest on Dorian, go HERE

How to build a hurricane supply kit