Ten finalists auditioned Friday the role of Fido the puppy in the Orlando premiere of The Great Gatsby.

ORLANDO, Fla. - It’s dog-eat-dog in the world of professional ballet.

Ten finalists auditioned Friday the role of Fido the puppy in the Orlando premiere of The Great Gatsby.

"Gisele was born for this role," said Laurie Sacks about her dog. "I’m going to throw some treats way down and have everybody else follow them, and then she’s going to hop in the basket," she joked. 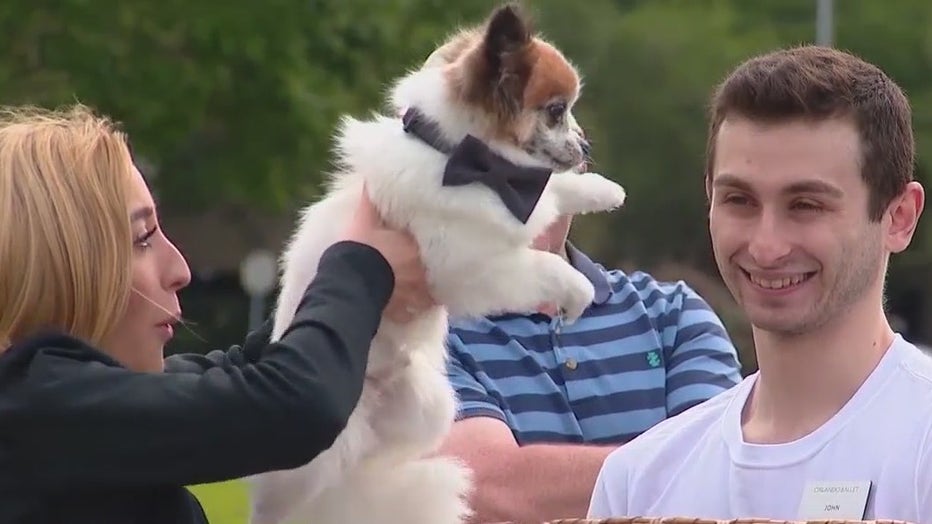 Artistic Director Jorden Morris already choose his cast of dancers for the upcoming production at The Doctor Phillips Center. He said finding the furry star was the ‘ruff’ part.

"The dog comes in, he sold out of a basket that one of the dancers is carrying, so they have to be under 10 pounds, relatively calm," said Morris.

He created the show for Pittsburg Ballet Theater with a new score, sets and costumes. Orlando will be the second city to see his take of the songs and dances of the 1920s.

To see which dog won the part, you have to come see the show.  Opening night is Thursday, May 28 and tickets are still available.