CHATHAM-KENT, Ontario (FOX News) - A stray dog recently found on the side of the road in Canada was discovered sheltering several babies - not a litter of her own puppies, however, but a set of five adorable kittens.

The dog, named "Serenity," was spotted shielding the baby cats from the cold roughly two weeks ago in Chatham-Kent, Ontario, according to Pet and Wildlife Rescue, which posted about the pup's plight on Facebook.

Rescuers wrote on Nov. 22 that someone called the shelter and an animal control officer "picked the 6 of us up and we've been living our best lives ever since!" The kittens were placed into a foster family, where they will remain until they're old enough for adoption, while the shelter has been flooded with interest by those hoping to welcome Serenity into their families. 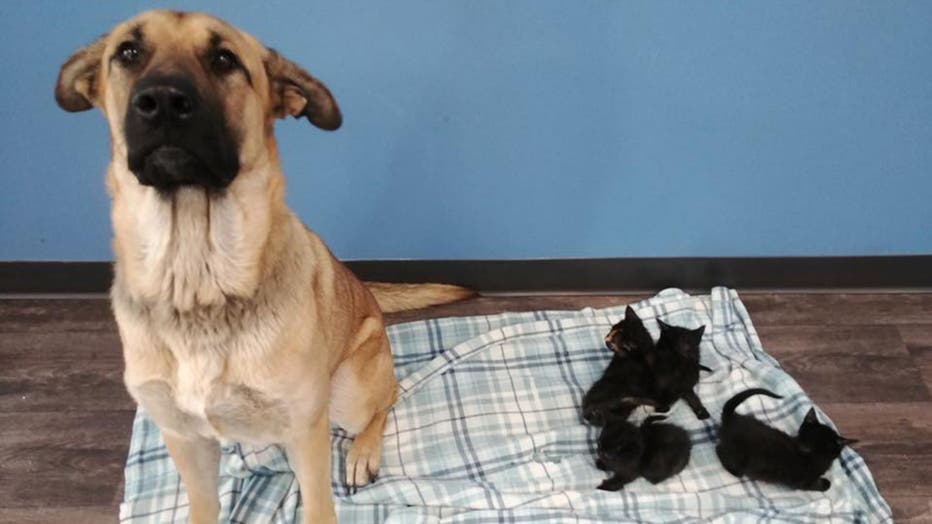 Serenity, estimated to be 2 years old, was found on the side of a road in Chatham-Kent, Ontario, earlier this month shielding a litter of kittens from the cold. (Pet and Wildlife Rescue)

"I'm surprised that so many people applied to adopt me when they don't even know my personality or quirks yet - I must just be THAT cute!" rescuers wrote on behalf of Serenity.

The dog, who is roughly 2 years old and said to have "the energy of a toddler," is "obviously great with cats and would have no problem going to a home that has cats in it," the shelter said.

"I love zooming around outside and will run circles around any person or object that is out in the yard with me. The shelter staff has been working on it, but I can be quite jumpy and need to be taught some manners," the post read, noting Serenity should be in a home without small children because of her energy.

She's gotten along well with other dogs at the shelter who were submissive or uninterested in her, and she loves to play and has a "tendency to get right in other dog's faces." Serenity also needs to be house-trained, the shelter said. 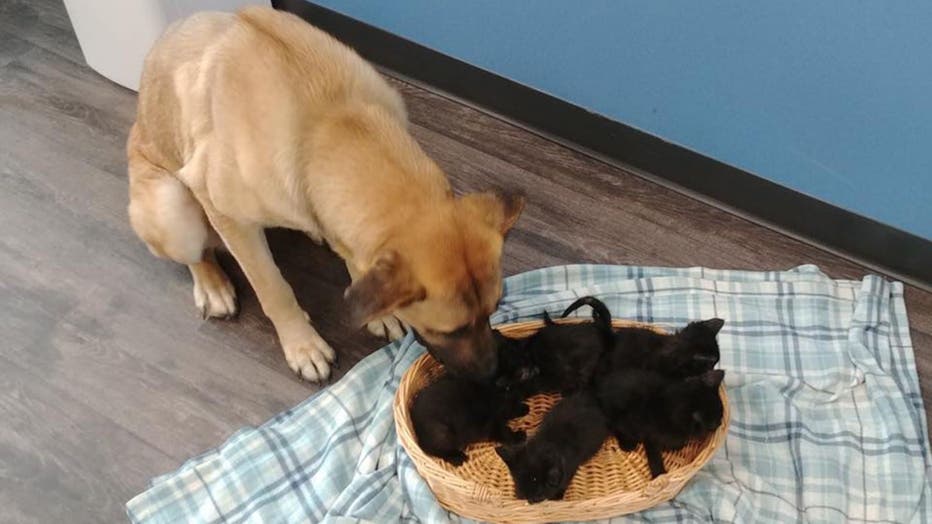 Pet and Wildlife Rescue pushed back against criticism related to Serenity not being adopted out with the kittens. They said the kittens are too young, and if they waited for the entire group to be ready, Serenity wouldn't find her "forever family for a couple of months."

"At the end of the day I am just happy that the kittens were found with me and are now resting peacefully in a warm foster home instead of outside in the cold," the shelter wrote.

Once Serenity is spayed on Dec. 3, she'll be available for adoption. Anyone interested in making Serenity a part of their family can contact the Pet and Wildlife Rescue, located in Ontario, or visit their website at pawr.org. 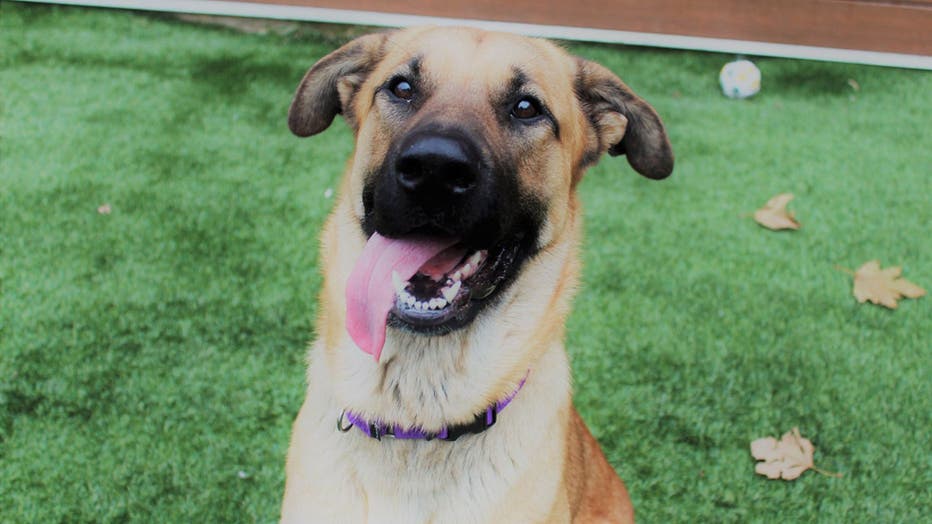 Serenity will be available for adoption in December after she is spayed, the shelter said. (Pet and Wildlife Rescue)