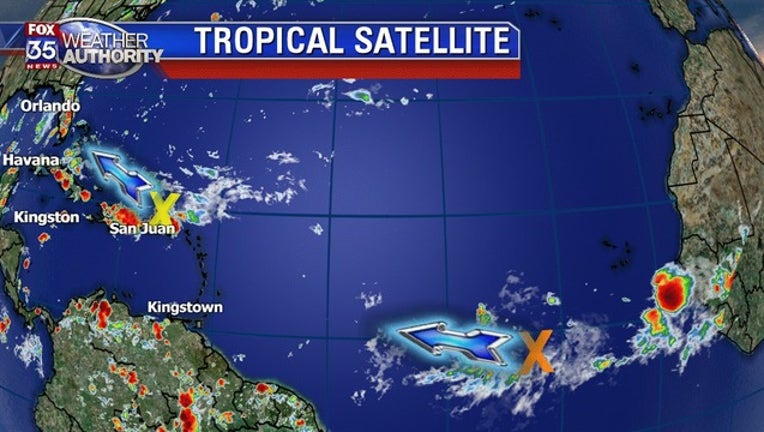 The first area of disturbed weather is near Puerto Rico and the southern Bahamas. The National Hurricane Center (NHC) says that it is expected to move northwestward to northward over the next couple days. While it has a zero percent chance of development during that time, it will be a rainmaker for the Greater Antilles, Bahamas, and Florida.

The second area of disturbed weather is located several miles southwest of the Cabo Verde Islands. The NHC says that it has a zero percent of developing in the next couple days, but a 60 percent chance of formation by early next week.

The disturbed area, which is a broad area of shower and thunderstorm activity associated with a tropical wave, is moving westward across the eastern and central tropical Atlantic Ocean at about 15 miles per hour.

The NHC says that environmental conditions for this wave are forecasted to become more conducive for development over the weekend. A tropical depression could form by early next week, several hundred miles east of the Lesser Antilles.

Get the latest on the tropics by visiting ORLANDOHURRICANE.com.

You can also track the tropics by downloading the Fox 35 weather app.