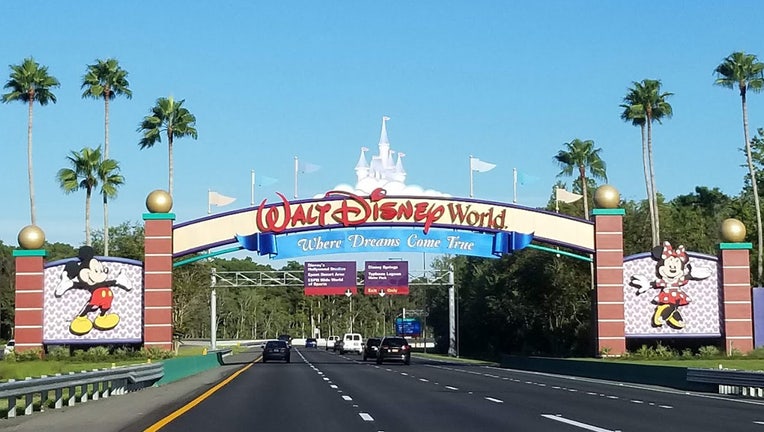 ORLANDO, Fla. (AP) - Some of the 43,000 workers whose unions reached a deal with Walt Disney World over the weekend on temporary furloughs that allow them to keep their benefits aren't going quietly.

They staged stay-at-home protests Monday aimed not at their employer but Florida's beleaguered unemployment system.

Across metro Orlando, they hung signs in windows and scrawled messages on sidewalks that said, "SOS. #WorkersCan'tWait."

Disney World has been paying its workforce since it closed its doors in mid-March because of the spreading new coronavirus, but it plans to start indefinite furloughs next week. That's when Disney workers will try signing up for Florida unemployment benefits.