If you live near Disney World, you may hear some loud booms in the air well after the parks close on Wednesday night.

Officials say crews will test out new fireworks after the Magic Kingdom closes. The test is scheduled to take place between 10:30 p.m. and 1 a.m.

This is the second fireworks test this week. Disney sent a notice to neighbors who may be startled by the late-night booms. 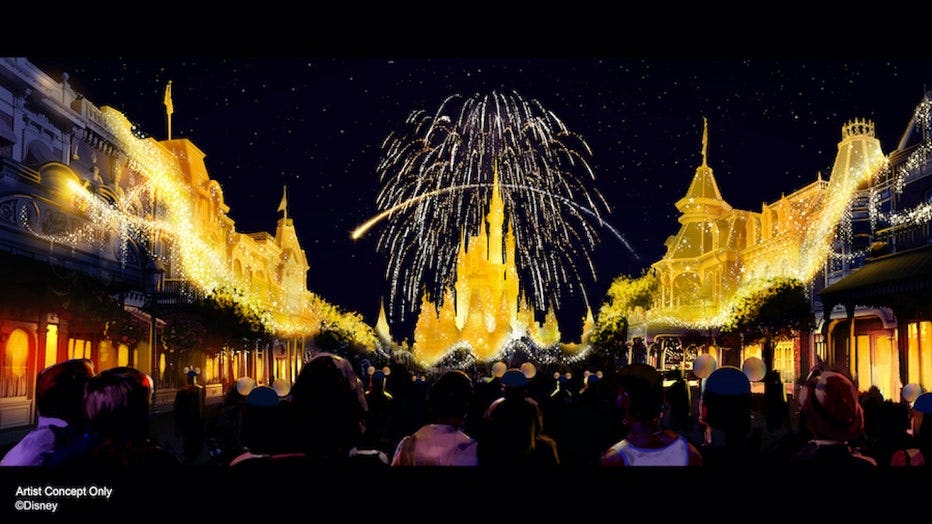 "Around Magic Kingdom tonight (Aug. 30) and Wednesday night (Sept. 1), some of our neighbors may hear the sound of fireworks a little later than normal. That’s because we are trying out some new fireworks in short bursts between 10:30 pm and 1:00 am.

We will do our best to keep noise at a minimum and apologize to our neighbors and Guests for this inconvenience."

The testing is reportedly for the ‘Disney Enchantment’ nighttime spectacular, which debuts October 1 to mark Disney's 50th anniversary celebration.

RELATED: One month away: What to expect during Disney World's 50th anniversary celebration

"Disney Enchantment" will light up the night sky in the Magic Kingdom kicking off the launch of "The World’s Most Magical Celebration." According to Disney Parks Blog, the new show will feature captivating Disney music, enhanced lighting, immersive projection effects that extend for the first time down Main Street, U.S.A., and an original song, entitled "You Are the Magic," by seven-time Grammy-winner Philip Lawrence.

The new fireworks show will also feature characters, moments, and music from dozens of Disney and Pixar animated films from over the years.