Disney reported a lost of $1.4 billion dollars due to the coronavirus pandemic. Many wonder when Walt Disney World will reopen and what will it look like once it does.

NEW YORK — (AP) - The House of Mouse is struggling amid the coronavirus pandemic. Disney reported a steep decline in profit as many segments of its media and entertainment offerings ground to a standstill.

One bright spot was its Disney Plus streaming service, which debuted in November in the U.S. and rolled out to the UK and other parts of Europe in April. As of May 4, the company said Disney Plus had 54.5 million subscribers. Netflix, by contrast, has 183 million subscribers worldwide, a base it has spent years building. 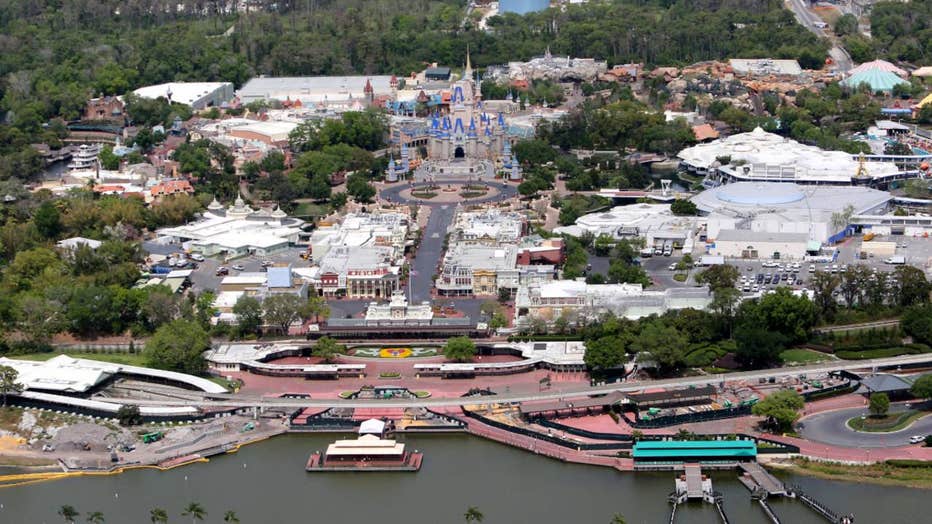 Disney Plus contributed to an almost $3 billion revenue increase for Disney's direct-to-consumer and international business. Hulu and ESPN Plus, two other streaming servces owned by Disney, had 32.1 million and 7.9 million paid subscribers, respectively.

In a conference call with analysts, CEO Bob Chapek said the company plans to reopen its Disney Shanghai park on May 11. The phased opening will include limits on attendance, an advance reservation system, social distancing procedures such as wearing masks, and temperature screening and contract tracing efforts that are mandated by the government.

The Walt Disney Co. shuttered its parks in mid-March as the new coronavirus spread. Its theme parks furloughed a reported 100,000 workers without pay in the U.S., including 43,000 workers at Walt Disney World in Orlando, Florida. Those workers can keep their benefits for up to a year. Disney Cruise Lines have also been suspended.

The company's film studios, known for churning out blockbusters, have also suspended production. Disney pushed back most of its 2020 big budget movies, including the live-action “Mulan,” “The New Mutants,” the horror-thriller “Antlers,” and Marvel’s “Black Widow,” to late this year or beyond.

Disney-owned ESPN and its streaming arm ESPN Plus are also suffering from the dearth of live sports during the pandemic.

Chapek said Disney has “substantially reduced” senior executive compensation and will keep the cuts in place until there is a “substantive recovery.” He offered no further details. Disney is also suspending its semi-annual dividend, scheduled for July, which will save it about $1.6 billion.