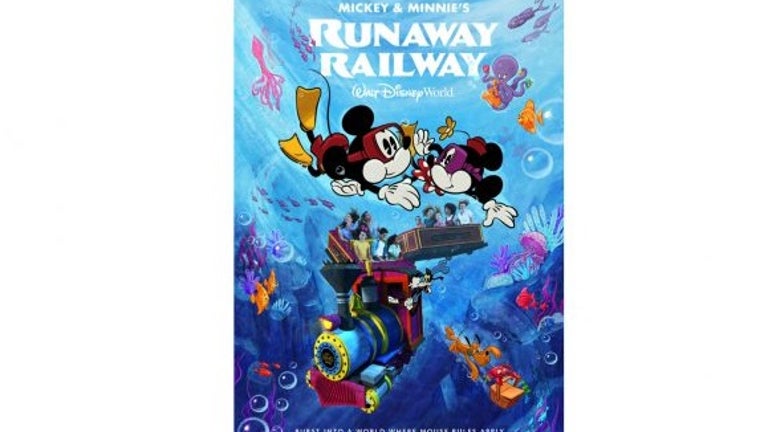 LAKE BUENA VISTA, Fla. - Mickey and Minnie's Runaway Railway attraction at Disney's Hollywood Studios is opening next spring, but Disney is helping people cope with the wait by releasing a new poster for the ride.

It features Mickey and Minnie underwater along with a train showing riders on board. Goofy is the conductor, while Pluto chases a crab hanging on to a picnic basket.

The image has a 3D effect.

The release of the poster coincided with Mickey and Minnie's 91st birthday.

According to the Disney Parks Blog, "Mickey & Minnie’s Runaway Railway will transport you into the wacky and unpredictable world of Disney Channel’s Emmy Award-winning “Mickey Mouse” cartoon shorts where you’re the star."

The attraction, located inside Hollywood Studios' Chinese Theatre ― formerly the home of the Great Movie Ride ― will "serve as the magic portal through which you'll step from the human world directly into the unforgettable cartoon world," according to the blog post.

The ride is expected to open in Spring 2020.