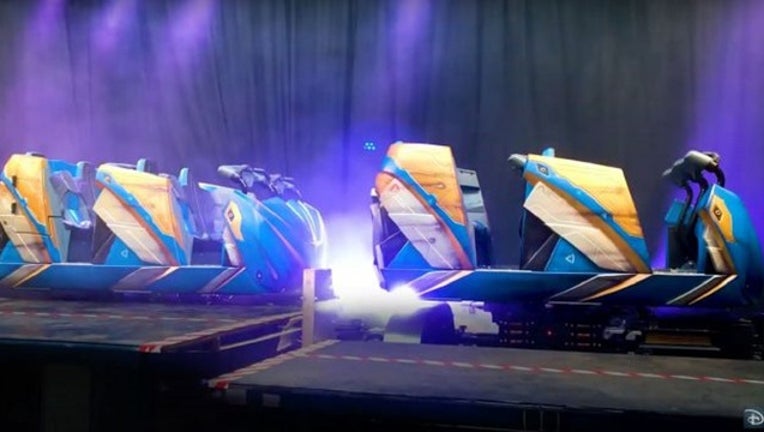 And, fans are in for a treat.

Walt Disney Imagineering is now giving fans a first look at the ride vehicle they'll travel in when the ride eventually opens.

A video was posted to YouTube and the Disney Parks Blog showing the vehicles.

According to the Disney Parks Blog, the ride is "a family-friendly "storytelling coaster" that will feature a groundbreaking ride system with vehicles that rotate 360 degrees and can even do a reverse launch."

More information on the Disney Parks Blog was also revealed: "At Guardians of the Galaxy: Cosmic Rewind the adventure will start in the "Galaxarium," a planetarium-like exhibition that explores the similarities and mysteries of the formation of Earth's galaxy and Xandar. You'll be invited to learn more about Xandar's treasures – until the moment when the Guardians of the Galaxy arrive, and adventures across the cosmos ensue."

The innovative ride will open in time for the 50th anniversary of Walt Disney World in 2021.

No official ride opening date has been released.