A Lake County mother says her son ended up walking along a busy road after he got onto the wrong school bus and was dropped off at a different location. The Lake County School District says they are enacting changes to prevent this from happening again.

LEESBURG, Fla. - A school in Lake County plans to make dismissal procedure changes after a mix-up caused a student to get on the wrong bus.

Amanda Goudy is hugging her five-year-old son, Ryan, a little tighter. She said there was a mix-up at his school last week, which ended with the kindergartener walking along a busy road all alone after school.

“I was terrified,” Goudy said. “Like I said yesterday, it was like my whole world came to a stop.” 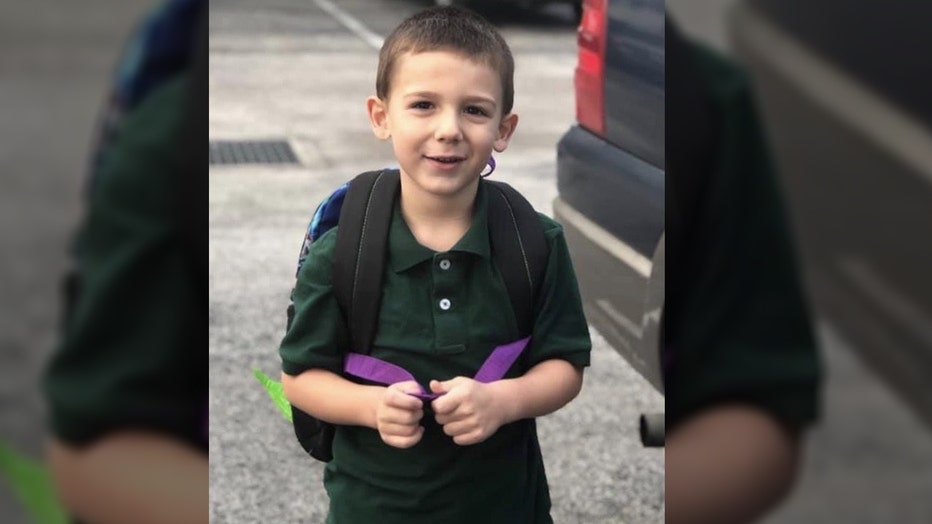 Goudy usually picks up her son from school herself. Last Thursday, she needed to get him early for a doctor’s appointment. She arranged with school staff to have her son be dismissed with the walkers so she could meet him.

“I guess (the teacher) got kind of busy and left the responsibility of taking my son to the walkers’ gate on two fifth graders,” Goudy said.

Goudy said somehow her son didn’t make it to where he needed to go.

“It seems like he went with the walkers, but then somehow got messed up inside the bus riders loop as well,” Goudy said. “So, instead of keep going with the walkers. He got in with the busses and got on a bus.”

Goudy said the bus dropped her son off here near East Street in Leesburg, which is off of State Route 44. She said her son walked about a mile by himself before a Good Samaritan spotted him and reported him to police.

Goudy said the school district contacted her yesterday saying there would be changes to make sure this never happens again.

A spokesperson for the district tells The News Station that adults, not safety patrols, will walk kindergarten students to dismissal areas. She also said that dismissal times will be staggered to allow more time in between dismissals for walkers and bus riders.

“The school is actually taking this serious, which I’m happy about because this could’ve happened to any child,” Goudy said. “Not just mine.”