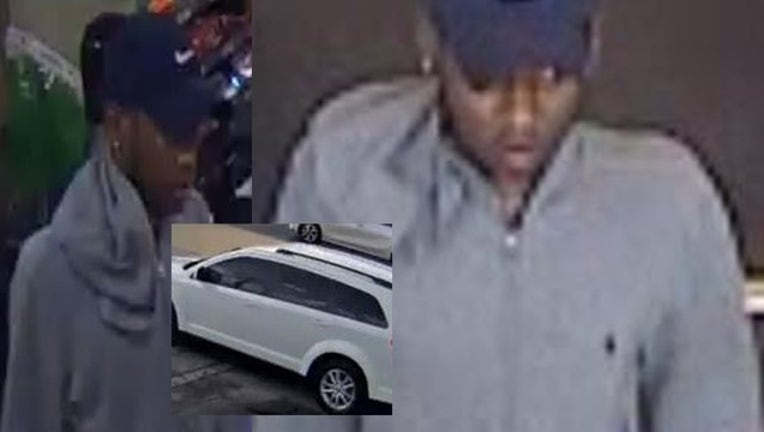 COCOA, Fla. (FOX 35 WOFL) - Detectives with the Cocoa Police Department says that they need help identifying a suspect seen on surveillance video using the stolen contents of a purse taken in a vehicle burglary.

They say that on December 3rd, patrol officers responded to Eastern Florida State College on Clearlake Road in regards to a vehicle burglary. The victim told officers that she arrived at the college at 9:45 a.m. She returned to her vehicle at about 1 p.m. to find the passenger window broken and her purse missing from the front seat where it had been left.

Campus security videos show a black male suspect driving a white mid-sized SUV, possibly a Dodge Journey. The suspect did not open the victim's vehicle door, but instead he forced entry by breaking the window.

Anyone with information that can help identify the suspect seen in the surveillance images is asked to contact the Central Florida Crimeline at 1-800-423-TIPS. Callers will remain anonymous and can be eligible for cash rewards of up to $1,000 in this investigation.