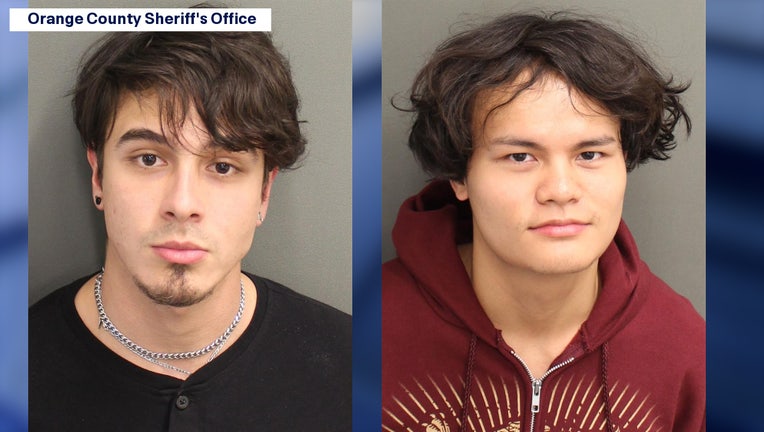 ORANGE COUNTY, Fla. - Two men are accused of murder after an investigation revealed they followed and shot at a car, causing a deadly crash last month, according to the Orange County Sheriff's Office.

On April 17, around 3:30 a.m., troopers responded to a crash involving two vehicles at the intersection of Beggs Road and Rose Avenue. Deputies said one of the car's passengers – identified as Leshell Gumbs, 32, – was killed.

The Florida Highway Patrol began an investigation and learned that the driver of the vehicle Gumbs was a passenger in, had been followed and shot at by two people in the other vehicle, causing it to leave the road and crash, the sheriff's office stated.

OCSO homicide investigators took over the case and arrested the two men identified as Danny Sivongxay, 22, and Christian Rivera, 22, on Tuesday in the car passenger's death.