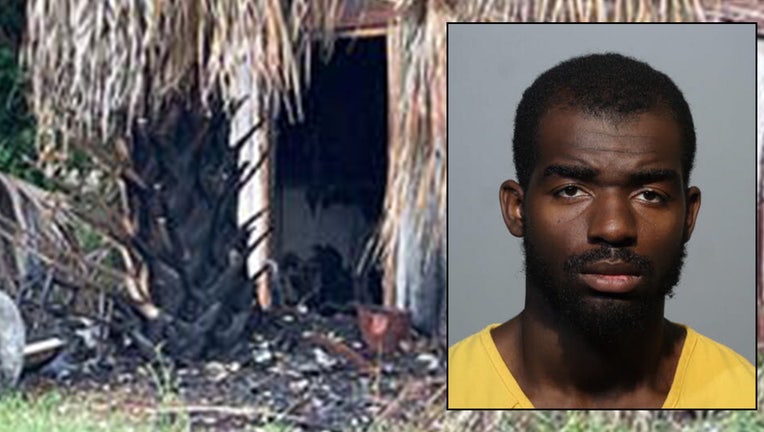 SANFORD, Fla. - Seminole County detectives have arrested a suspect in connection to the death of a 21-year-old man found in a burning shed in Sanford.

Lewis T. Boone, 24, is facing charges of premeditated First-Degree Murder and Destruction of Evidence. Detectives served an arrest warrant on Boone at the John E. Polk Correctional Facility where he was being held on unrelated charges.

He is being held without bond.

The fire happened on April 21 at a home near Roseberry Lane and First Drive.

In its partial report, the Seminole County Sheriff's Office said a neighbor reported the shed fire around 7 a.m. that day.

"I noticed flames about 10-12 feet high behind the house and I called it in immediately," said Mike Scitney, who called 911. "I didn’t really know what to expect."

Crews were actively working to extinguish the fire when they discovered a body, later identified as Jaylen McIntyre, inside.

The investigation is ongoing. Boone is expected to make his first court appearance on Thursday afternoon.