A former Orange County corrections officer tried suicide by police in Osceola County, according to authorities. However, responding deputies withheld their fire, because they knew their fellow officer was having a mental health crisis.

KISSIMMEE, Fla. - A former Orange County corrections officer tried suicide by police in Osceola County, according to authorities. However, responding deputies withheld their fire, because they knew their fellow officer was having a mental health crisis.

Law enforcement agencies are now learning to spot mental health issues during new training.  The take-down was all caught on video.

In the video obtained exclusively by FOX 35 News, you see a scary standoff along the Florida Turnpike. Deputy Gabriel Garcia pulled the officer over because he was wanted on a domestic violence warrant, but it turned into something more dangerous.

"He’s screaming at me. ‘Kill me, kill me! I’m not gonna live anymore! I don’t want to do this anymore!’ I’m yelling orders at him, 'Just stop!"

Deputy Garcia said he wasn’t sure if the officer was armed, but he knew he was suicidal.  He said he had his own gun ready to fire.

Investigators said the officer took off and later crashed his truck into a wooded area, where deputies took him into custody. 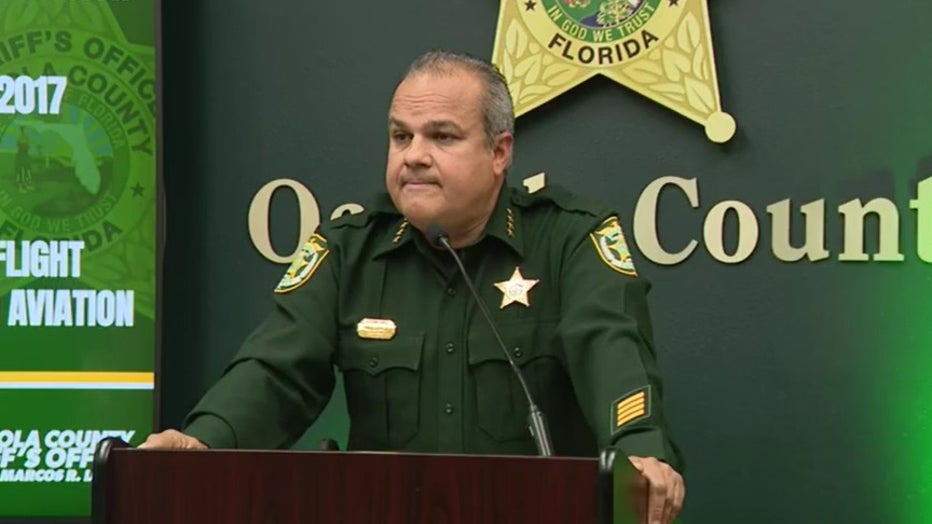 Osceola Sheriff Marcos Lopez said, "It was a corrections officer who had lost his job due to, he was having issues with his home life and personal life."

That is why Sheriff Lopez created a new Mental Health Outreach Division – to teach deputies how to deescalate a situation and help their peers overcome difficult situations, by adding crisis intervention training and more peer support.

"With the supervisor looking more for those signs, saying let's reach out of them, try to help them."

Deputy Garcia said the officer seemed to improve at the hospital.

"Giving somebody a path to get better. It only takes 5 minutes of speaking to him. A totally different person at the hospital."

The former officer is now being held in the Osceola County jail, facing domestic violence charges.