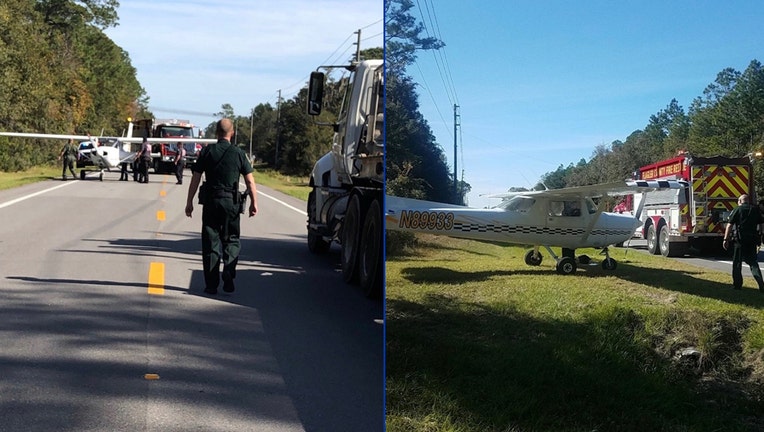 Authorities in Flagler County say a pilot had to make an emergency landing on County Highway 205 near Espanola Cemetery due to a fuel issue.

The Flagler County Sheriff's Office was assisting in the removal of a Cessna Sky Hawk from the roadway. Luckily, no one was seriously injured. The road was open to traffic, but commuters should expect delays.

"The pilot called in reporting that his aircraft was suffering from fuel starvation and that he would be making an emergency landing," a spokesperson with the Sheriff's Office said.

The plane landed around 12:45 p.m.  SkyFOX Chopper was over the scene just before 4 p.m. and the plane had been pulled to the side of the road.