The Volusia County Sheriff's Office posted a video of a hit-and-run crash arrest in Deltona on Tuesday.

DELTONA, Fla. - A man was arrested in Deltona this week after running a red light and slamming into a vehicle and then fleeing the scene on foot, deputies said.

The Volusia County Sheriff's Office said that on Tuesday night in Deltona, a white Chevrolet pickup was fleeing a minor traffic crash. The vehicle ended up running a red light and then slamming into a vehicle in the intersection of Howland Boulevard and Newmark Drive.

They said that the suspect vehicle rolled over multiple times, hit a power pole, and came to rest. The suspect exited through the windshield and ran away, but left his wallet and ID behind.

The driver, identified as Jeffrey Hawley, was located through the teamwork of the Seminole County Sheriff's Office Alert One helicopter, patrol deputies, and K-9 deputies. He was found under an above-ground pool deck about a block away. 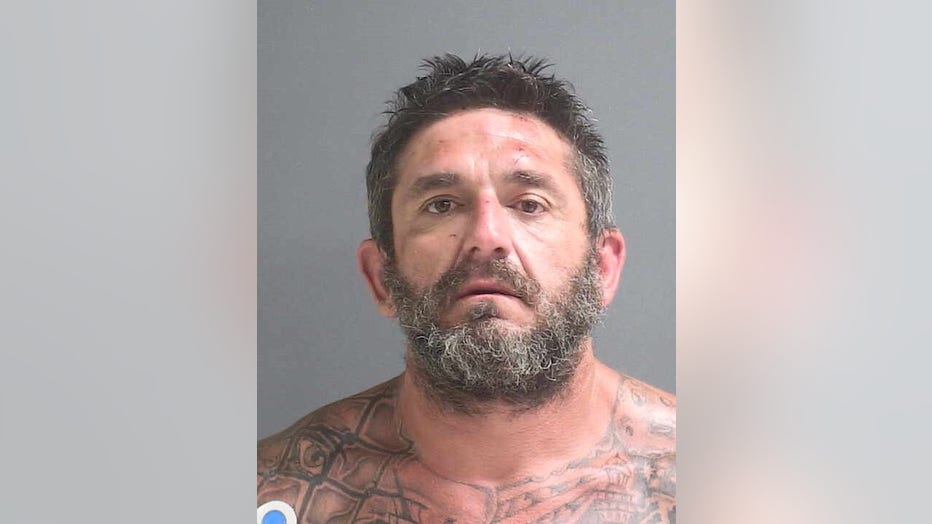 He is also being held with no bond due to his failure to appear on a prior charge of possession of heroin and violation of pretrial release for neglect of a child and possession of drug paraphernalia, deputies said.