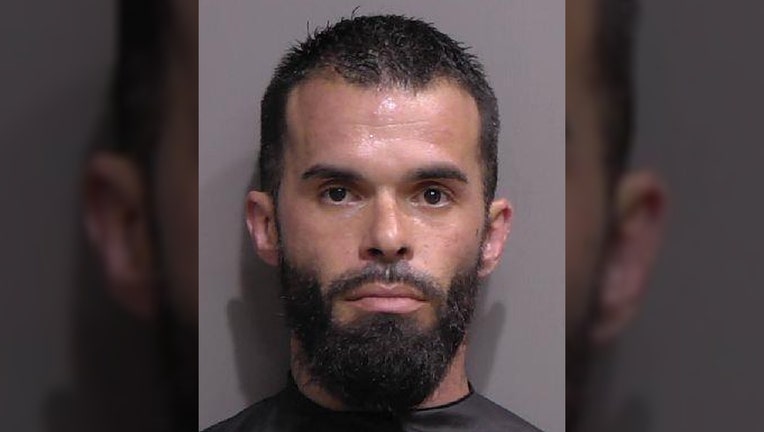 FLAGLER COUNTY, Fla. - A man who barricaded himself inside his home after threatening to harm his ex-girlfriend was taken into custody this weekend, deputies said.

The Flagler County Sheriff's Office said that on Saturday, dispatchers received a call from a woman who said that her ex-boyfriend, 34-year-old Joseph Bourke, was refusing to let her collect her belongings and was threatening to harm her via text messages. He allegedly said that he would attempt 'suicide by cop' if she called law enforcement as well.

They said that deputies, K-9, and SWAT responded to Bourke's home on Breeze Hill Lane and established a perimeter. Negotiators made contact with him and attempted to get him to come outside. However, Bourke is said to have responded with 'I ain't going peacefully."

Throughout the situation, the Sheriff's Office said that Bourke was taping on his windows, hanging out of windows, and running in and out of his home in an attempt to engage with deputies.

However, he reportedly was finally taken into custody when he came outside his residence and was struck with a non-lethal round, immobilizing him.

Bourke was said to have then been taken into custody and charged with Written Threats to Kill and Domestic Battery.