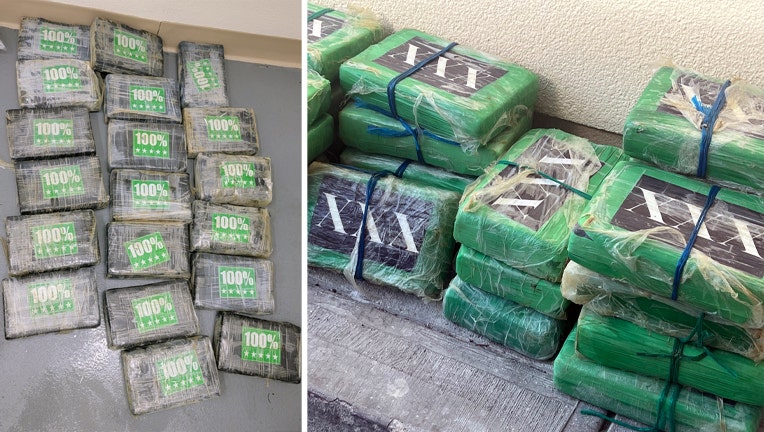 About 55 pounds of suspected cocaine were found 50 miles off the coast of Key West on Saturday. Three days later, deputies found another 70 pounds in the water off Islamorada. (Monroe County Sheriff's Office)

KEY WEST, Fla. - Sheriff's deputies in the Florida Keys seized 70 pounds of suspected cocaine that was discovered floating in the ocean on Tuesday, just days after another bale of narcotics was found offshore.

Deputies located nearly two dozen smaller packages with a green "100%" marking and turned them over to the U.S. Border Patrol.

The drug find comes just days after the Monroe County Sheriff's Office seized another bale with about 55 pounds of suspected cocaine.

Someone found the bale about 50 miles offshore and brought it back to the Coconut Mallory Marina in Key West on Saturday afternoon.