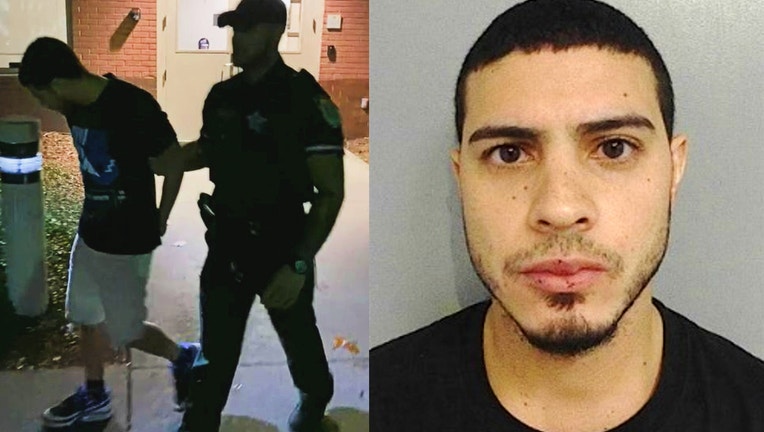 LAKE MARY, Fla. - The Osceola County Sheriff's Office has made an arrest in a shooting in Poinciana over the weekend.

Luis Joel Delgado, 30, is charged with attempted murder, aggravated assault with a deadly weapon, and aggravated stalking stemming from an alleged incident on Peppermill Cir. on Sunday, according to authorities.

Deputies said they spoke with a victim who had been shot and was taken to the hospital with serious injuries.

"Violent Crimes Unit detectives arrived on the scene and received information the altercation began because Luis Joel Delgado arrived uninvited at the residence and refused to leave," according to the sheriff's office. "The victim and Luis Joel Delgado started fighting in the driveway when Mr. Delgado went to his vehicle, retrieved a firearm, and shot the victim."

Delgado was located shortly after the alleged shooting and was placed into custody.  He is currently in the Osceola County Jail on a no-bond status.