Teens accused of running over woman

Four Polk County teenagers have been charged with attempted murder after they purposely ran over the mother of another teen with whom they had an ongoing dispute, deputies said.

POLK COUNTY, Fla. - Four teenagers have been charged with attempted murder after they purposely ran over the mother of another teen with whom they had an ongoing dispute, deputies said.

The Polk County Sheriff's Office said that deputies responded to the teenaged victim's home in Polk City on Monday afternoon. They found a victim critically injured after being run over by a van and the suspects had fled the scene.

They said that the suspect vehicle was quickly located though by responding deputies and Auburndale police officers. They learned that 18-year-old Elijah Stansell and three other teens went to the victim's house to "handle" an ongoing dispute that was romantic in nature. They banged on the front door but the victim reportedly came out of the side door and into the carport to see who was there. 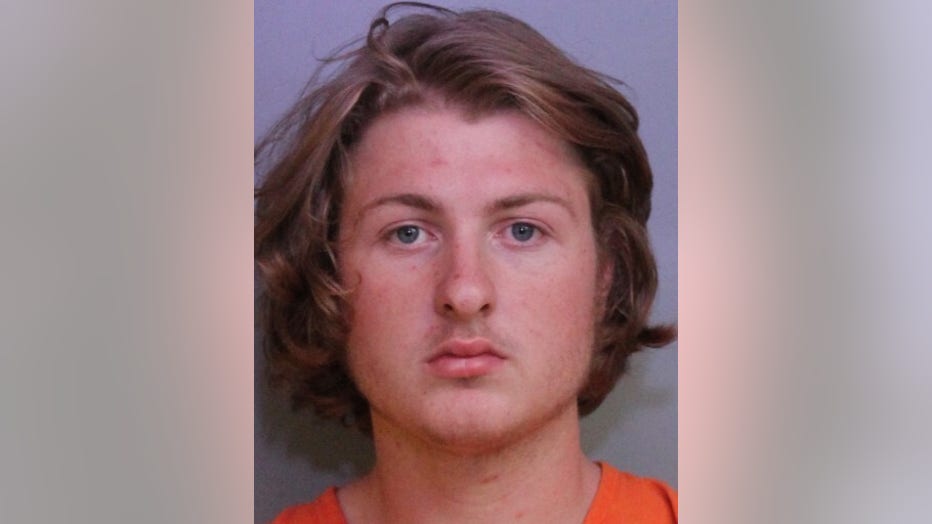 The victim's mother reportedly followed them and watched them get into the van. She took photos of the suspects and the van while standing in the roadway, leaving enough room for the van to maneuver away from her. However, Stansell then intentionally ran into the mother and fled the scene.

The Sheriff's Office said that there were several eyewitnesses to the crime and home surveillance videos. The mother is in very critical condition.

Stansell was booked with Attempted Felony Murder, Burglary with Assault, and 3 counts Contributing to the Delinquency of a Minor, they added. He was then additionally charged with Lewd and Lascivious Battery on a minor, a crime that was discovered after his arrest.

The other teens reportedly face Attempted Felony Murder charges and Burglary with Assault.

All the suspects admitted to detectives that they went to the home to confront the victim, then fled the scene, and were in the van when Stansell intentionally ran over the victim's mother, deputies said.

"This was a coordinated, planned attack, carried out by a group of teens who beat up a teen then ran over his mother, leaving her for dead. I can't even fathom teenagers doing something so heinous. Our prayers are with this family," Polk County Sheriff Grady Judd said.