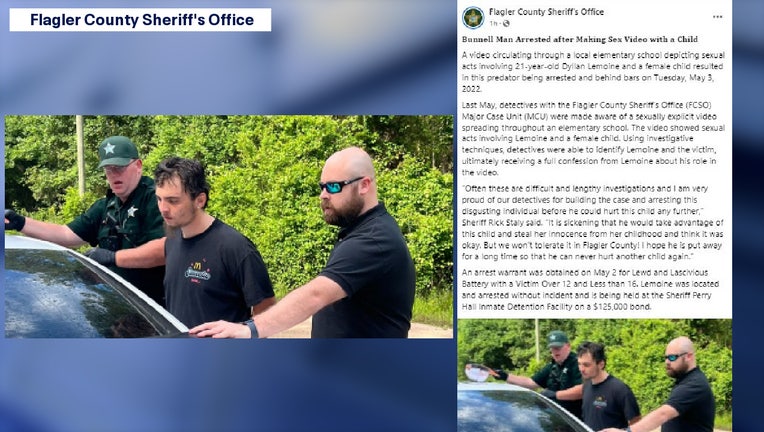 FLAGLER COUNTY, Fla. - A 21-year-old Florida man was arrested Tuesday on allegations that he recorded a sexual video with a child, according to the Flagler County Sheriff's Office.

Dyllan Lemoine was arrested under suspicion of lewd and lascivious battery and booked into the Sheriff Perry Hall Inmate Detention Facility on a $125,000 bond, according to the sheriff's office.

The agency said deputies became aware of a video in May 2021 that was circulating around an elementary school. That video allegedly showed Lemoine and a child engaged in sexual acts.

Through the investigation, deputies were able to identify Lemoine and receive "a full confession…about his role in the video," according to a news release.

Deputies said he was located and arrested without incident.