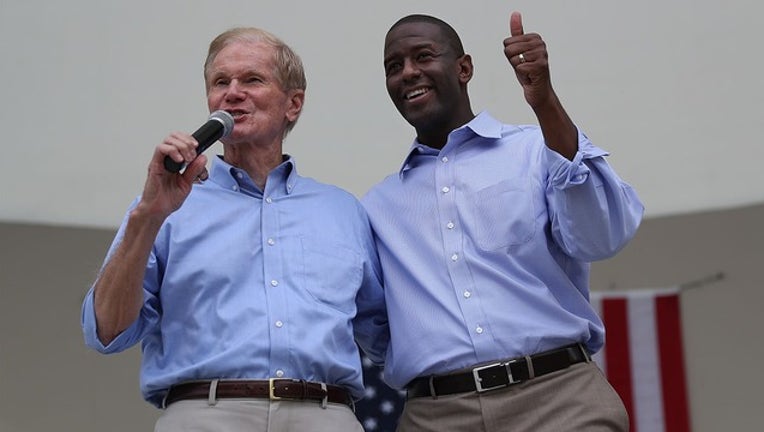 TALLAHASSEE, Fla. (AP) - With one day left before Election Day, more than 5 million voters have already cast ballots in the battleground state of Florida, and records show Democrats have the edge.

A poll released on Monday by the Quinnipiac University finds that both Senator Bill Nelson and Florida Gubernatorial candidate Andrew Gillum have a 7-point lead. Nelson reportedly holds a 51% to 44% percent likely voter lead to current Governor Rick Scott just one day before the election. Gillum holds a 50% to 43% lead among likely voters against Florida Republican Gubernatorial candidate Ron DeSantis.

This year's totals far exceed those of 2014 midterms, but are still short of the 6.6 million who voted ahead of Election Day in 2016. Florida's more than 13 million registered voters are choosing a new governor and voting on a pivotal U.S. Senate contest.