The Deltona man was arrested near Tampa.

DELTONA, Fla. - A Deltona man is behind bars, accused of murdering his boyfriend.

The Volusia County Sheriff's Office said Victor Mercado was arrested in Hillsborough County on a charge of killing his boyfriend with a blunt object at their home in Deltona.

Mercado, who is accused of second-degree murder, was already in custody in Hillsborough County on a charge of grand theft auto when he was rearrested, according to investigators. 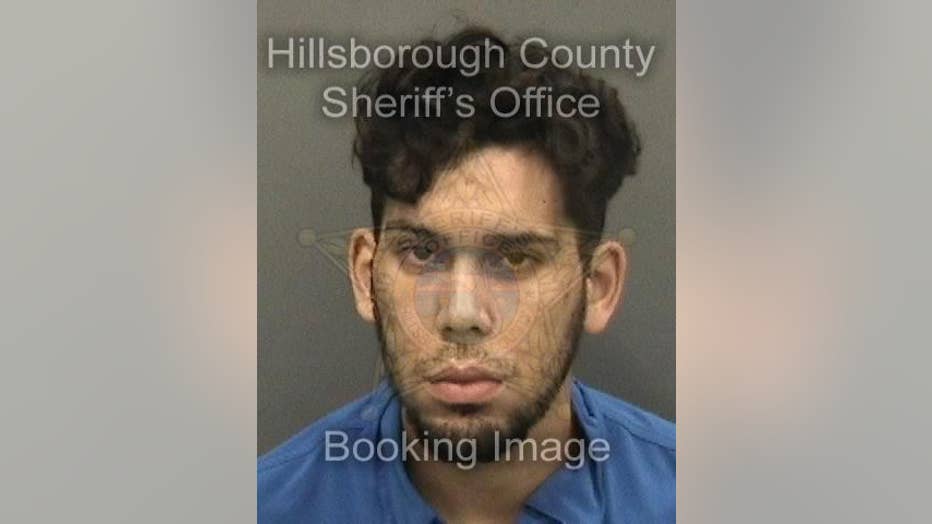 The victim, Vincent Patterson, 56, was discovered by his father Thursday afternoon at his home on Woffington Avenue in Deltona.

Officials say Patterson "was found in his bed, unresponsive and in an advancing stage of decomposition."

In a news release, it said, "Responding deputies observed visible trauma to Patterson’s head and blood spatter on walls of the bedroom. In addition, a note was found written on one of the bedroom walls."

During an interview with Mercado, investigators said he "confessed to killing Patterson, who had just recently broken up with him. The murder happened in the early morning hours on Tuesday and began as Patterson slept. Mercado also admitted to writing the note found on Patterson’s bedroom wall in an effort to cover up his actions," according to the news release sent out by the Volusia County Sheriff's Office.

Mercado is being held without bond in Hillsborough County pending extradition back to Volusia County.