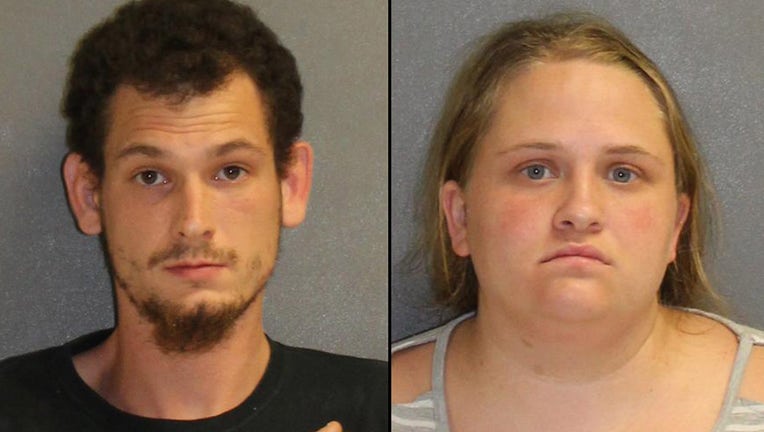 DELTONA, Fla. - A Central Florida couple was arrested after deputies say one of them duct-taped a 1-year-old child.

Daniel Smith, 27, and his wife Barbara are facing several charges.

According to the Volusia County Sheriff's Office, the couple was in their Deltona home on Sunday when the child kept getting up instead of going to sleep after being told several times by Daniel.

A witness in the house said he saw Daniel get up and start wrapping duct tape around the child's ankles and wrists and advised her "the tape would come off after a couple of minutes if she cooperated." The witness said the baby started to cry while being wrapped with the duct tape.

Another person in the house notified authorities while a family member removed the tape from the baby.

One of the witnesses said that Barbara told Daniel not to wrap the duct tape on the baby prior to him doing it, but did not stop him.