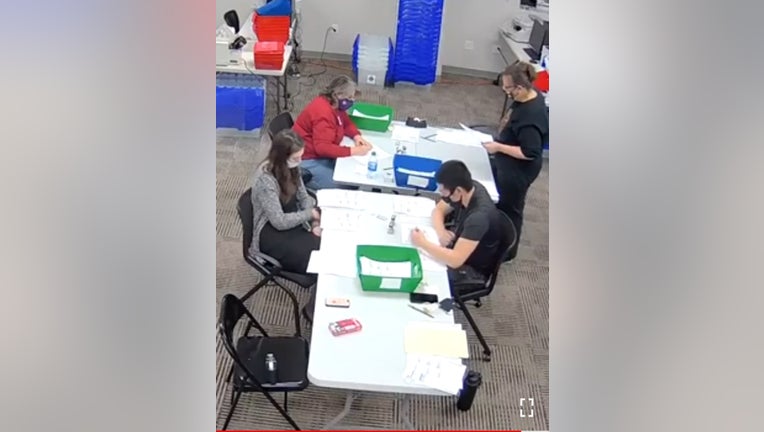 In a statement released Friday morning, officials say the video was taken from the official live stream of the counting provided by the county.

Officials say the video shows an election worker, seemingly alone at a table marking a ballot. They say that the video has been cropped, and fails to show the surrounding area, where bipartisan observers and fellow election workers were standing or seated.

According to the county, the actual video shows observers were just a few feet away at each end of the table, closely observing the worker. That arrangement was agreed upon between the Election Bureau and the former Republican Chairman of Delaware County Council, acting in his capacity as counsel for the Delaware County Republican Party.

As for the reason those ballots were being filled in, officials say a machine extractor that opens the ballots actually damaged some of the ballots in a way that they could not be scanned successfully. 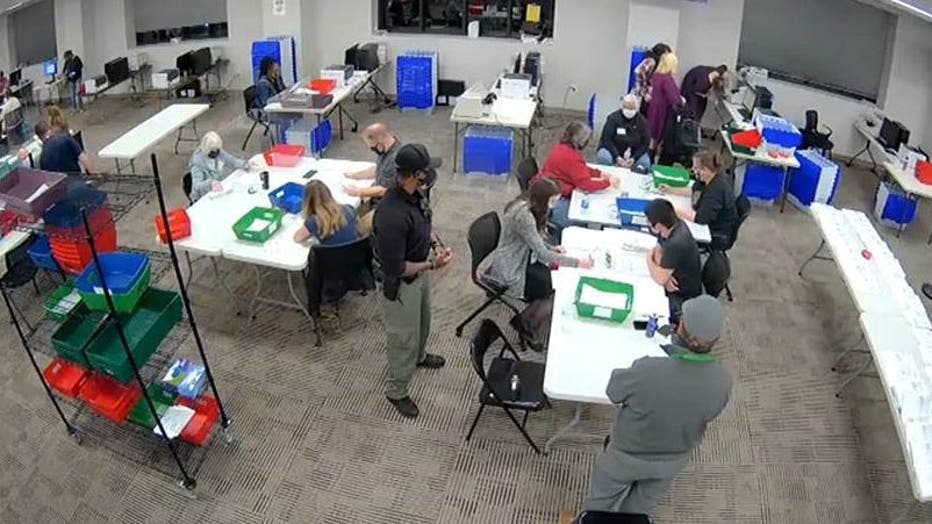 County officials released a second screenshot they say better represents what was happening in the room.

They say the scanner manufacturer informed them that the best practice to deal with damaged ballots was to transcribe the votes on each ballot to a clean ballot that could then be scanned.

" In accordance with that guidance, the Chief Clerk of the Delaware County Bureau of Elections instructed elections staff to manually transcribe the damaged ballots. As ballots were being transcribed, the original damaged ballots were directly beside the new ballots and bipartisan observers witnessed the process at close range. Damaged ballots have been preserved," the release added.

The county added that a live stream of the counting has been offered since counting began on Nov. 3 to offer a "transparent view of the process."

"Unfortunately, some residents have altered to video and are making false accusations, which baselessly and wrongly attacks the integrity of the election staff and the completely transparent process by which votes are being counted in Delaware County," they added.