A deaf father of three says someone stole his livelihood when they took off with his work trailer that had all of his tools inside.

SANFORD, Fla. - A deaf father of three says someone stole his livelihood when they took off with his work trailer that had all of his tools inside.

The theft was reported Monday in Winter Park and police say they got a hit on the trailer’s license plate later in the day in Seminole County.

Police say the man who had been towing that stolen trailer slammed into the gates of the Orlando Sanford International Airport during his attempted getaway.

Other aerial video shows him going against traffic, jumping medians and running over stop sticks.

Officers say during all of this, the stolen trailer broke apart from the truck.

"It was destroyed. It was wrecked," said Joshua Lovett of Winter Park.

The trailer had Joshua Lovett’s entire business inside. He says he found it missing Monday morning in Winter Park.

Lovett, who is deaf, works as a handyman and landscaper. He says he had thousands of dollars worth of tools locked inside. 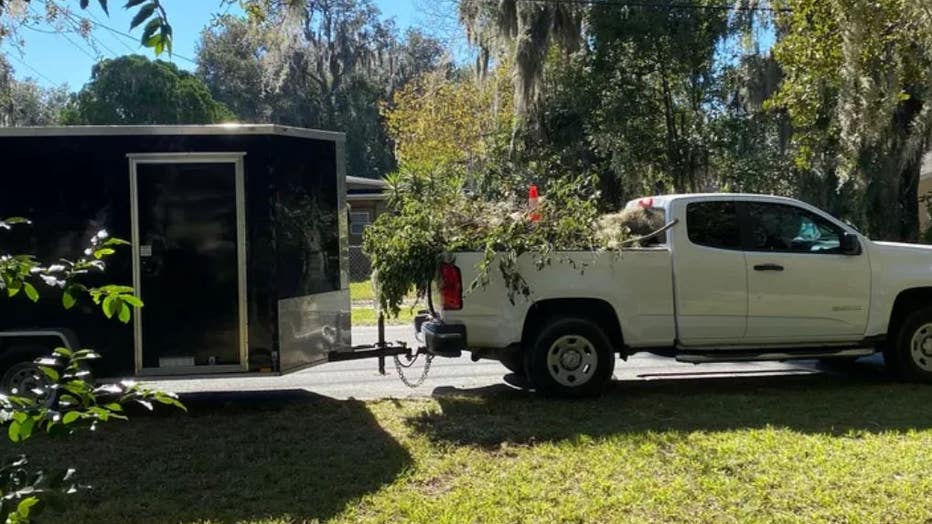 "I started off getting social security. That’s not really enough for somebody to live on, and it’s not the message I wanted to send to my children – you know? I started this company, and it’s been going great," he explained.

Lovett says the whole thing has put jobs in jeopardy and left him rebuilding from the ground up.

"It’s a shame that he has to steal another man’s tools. Another man’s livelihood. You can get out there and work for yourself," he told FOX 35.

Police say they arrested Alexander Buck following the pursuit. At this point, he has not been charged in connection to the trailer theft.

Lovett says he got a few tools back but most of them are broken.

He has a GoFundMe page set up to raise money to replace some of his work items.