There was a large police presence at a Tavares apartment complex just after 10 p.m. on Friday, in response to a call about a shooting.

TAVARES, Fla. - There was a large police presence at the Caroline Court Apartments in Tavares at approximately 8 pm on Friday, in response to a call about a shooting.

According to authorities, Alejandro Garcia Jr, a 29-year-old, is one of the victims and was pronounced deceased on the scene. Darnell Lester, a 31-year-old male, suffered gunshot wounds and was transported to a hospital for treatment where he is currently stable. 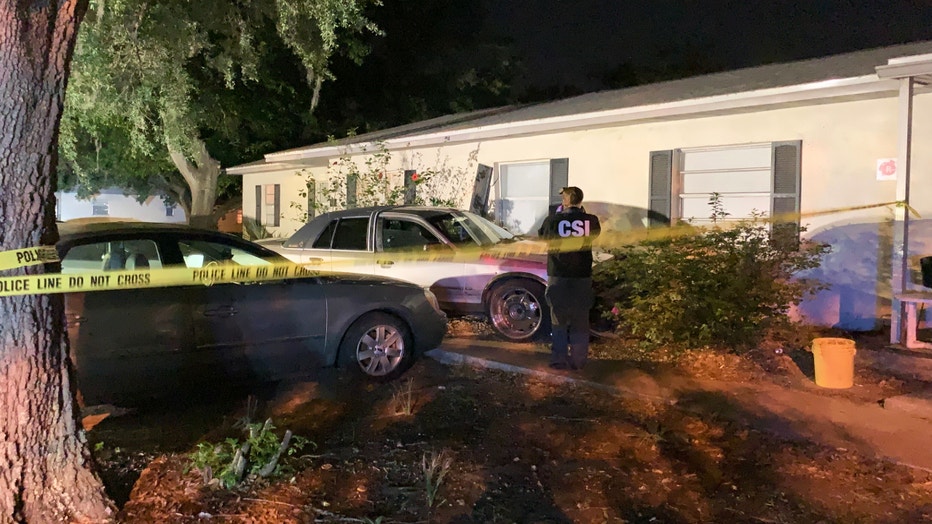 A FOX 35 News crew observed some crime scene detectives near a car that appeared to have crashed into a building.  It was not immediately know who was behind the wheel of that car or who it belongs to.

"The scene is actually quite large," said a lead detective on the case. "It appears that we may have several scenes."

Police are still looking for a suspect.