The Harry Potter experience will return to Universal Orlando's Islands of Adventure.

ORLANDO, Fla. - Universal Orlando Resort said that the ‘Dark Arts at Hogwarts Castle’ show will return this fall at Islands of Adventure.

The nighttime show lights up Hogwarts Castle inside the ‘Wizarding World of Harry Potter — Hogsmeade’ with state-of-the-art technology, like projection mapping, special effects, and lighting. It brings iconic moments, characters, creatures from the popular ‘Harry Potter’ film franchise to life.

"As darkness falls in Hogsmeade, the all-consuming Dark Arts will be unleashed as ominous green light and fog floods the village. Death Eaters – devoted followers of Lord Voldemort – will appear and lurk amongst guests with complete disregard of wizarding laws," the theme park company said. "Soon after, guests will witness sinister creatures and villains – such as Dementors, Aragog, Mountain Trolls, Thestrals and more – cloak Hogwarts castle in an awe-inspiring display of light, music and special effects." 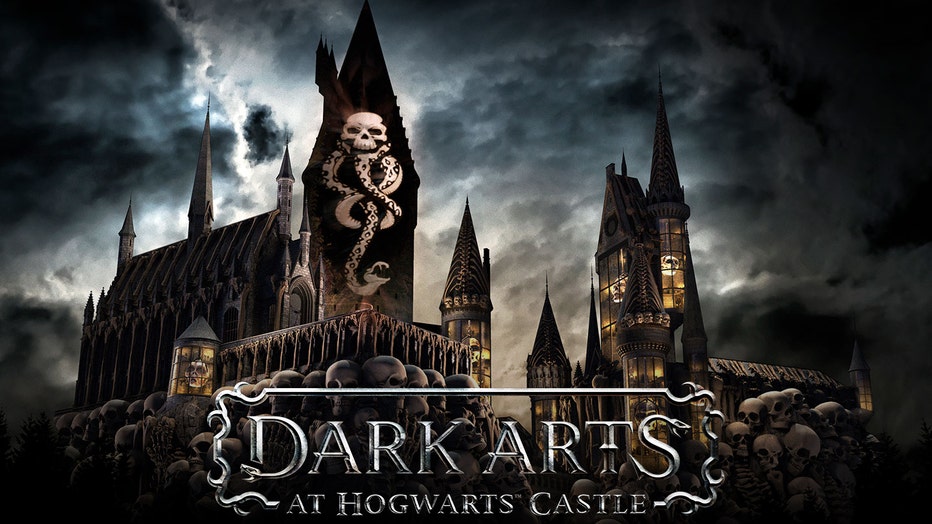 They added that "guests will be asked to summon their inner strength and bravely face the visage of the powerful Dark wizard, Lord Voldemort. Then, find a moment of hope hidden in the darkness as the Patronus spell – one of the most famous, difficult and powerful defense of the Dark Arts charms in the Wizarding World – is cast."

The show will reportedly run nightlight with showtimes from dusk until the park closes starting September 18th.