One Dallas bar has created a blue and yellow drink special to show support for Ukraine and condemn Russia President Vladimir Putin’s actions.

At Alexandre’s in Oak Lawn, owner Lee Daugherty is talking of a new idea to let people in Ukraine know North Texans are with them.

"It’s about small acts of solidarity," he said. "We need to come up with a yellow and blue shot, like, quick."

Their social media post introduced a new drink special that takes a shot at Vladimir Putin. They are now offering a "F*** Putin Shot." 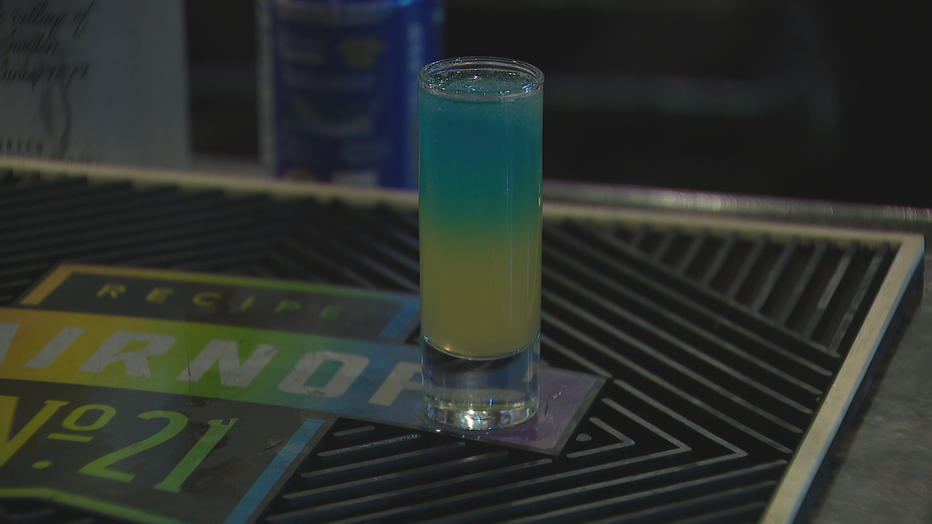 Daugherty said it’s an act of solidarity that they’re not alone.

"We immediately started getting calls from our members saying, ‘What can we do? How can we help?’" said Emily Williams Knight, president and CEO of the Texas Restaurant Association.

Those calls started after a tweet from Governor Greg Abbott calling on Texas restaurants, package stores, and retailers to voluntarily remove all Russian products from their shelves.

"These Restaurant owners want to do something. They feel very empowered," Knight said.

The Russian House in Downtown Austin is taking it a step further and changing its name.

"And so we already saw restaurants start to take action to look at those Russian imports, specifically from Russia, and maybe make changes going forward," she added.

But she added that just because Russian is in the name, that doesn’t mean it’s made in Russia.

For example, vodkas are an easy target, but many bottles that appear to be Russian are not.

"I think we’re really trying to advise to be very thoughtful," Knight said.

In Oak Lawn, Daugherty said Alexandre’s only uses one Russian made liquor, but now it will stop offering it.

"So, it’s anything you can do in solidarity with those people, as a small business, as an individual, maybe as a community," he said. "That one bottle is not going to stop a global conflict, but it’s just a small act of solidarity."

Instead, it’s pouring what little it can for those in Ukraine.

"You can’t pick up a rifle here and, you know, and fly to Ukraine," Daugherty.