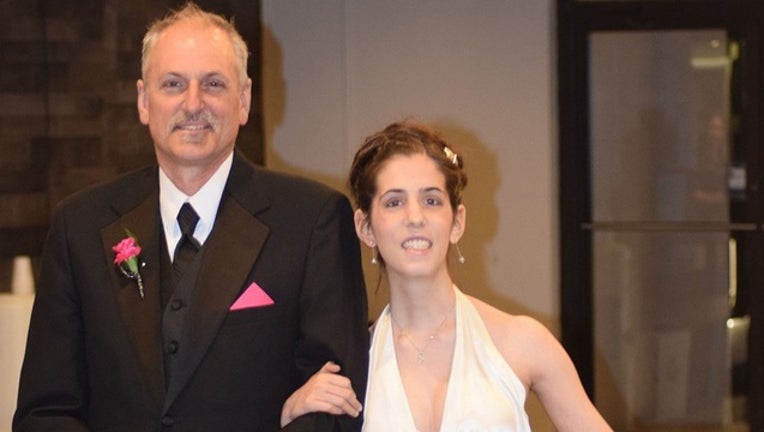 FOX NEWS - A New York dad is being applauded for stepping up and taking his daughter, who was diagnosed with autism spectrum disorder, to her senior prom.

"I wanted Tori to go because I want her to have memories of it since I never went to mine," he said to Yahoo Lifestyle.

Tori's mom, Anna, reportedly asked three different boys to take her daughter to the prom – two said no, and one did not respond – before Thomas decided he was the best person to escort Tori to the dance.

Tori, who was diagnosed with the disorder in seventh grade, doesn't have a large group of friends, Thomas told Yahoo Lifestyle.

"She'd rather play with video games and play with dolls than look at boys, which I'm totally OK with," the 50-year-old dad said, noting she's like a "13-year-old living in a 17-year-old girl's body."

Before the dance, Tori had to get permission from the school's administration, since dates over 20-years-old are not typically allowed. However, the assistant principal made an exception for Thomas, Yahoo Lifestyle reported.

On the day of the prom, Thomas took Tori to get her hair done and get a corsage before the pair jetted off to the dance.

"We got some looks when we walked in. Everyone is like, ‘Who is the old guy walking in with Tori?'" Thomas said. "But, these kids walked up to Tori and said she looked beautiful."

Those on Twitter were charmed by the dad's move.

The father-daughter duo enjoyed dancing and taking photos at the photo booth, before ending the special night with ice cream at Denny's.