A racist rant went viral after a restaurant manager shot a video of it and posted it to the restaurant's Facebook page, to prove that it happened, according to investigators.

ORLANDO, Fla. - A racist rant went viral after a restaurant manager shot a video of it and posted it to the restaurant's Facebook page, to prove that it happened, according to investigators.

The manager replied, "Ok, thank you. I have her on camera saying that," to which the customer said, "Who gives a [expletive]? Call the police!"

Manager Kristen Nguyen said the woman complained about the shrimp and wanted her money back, but Kristen said the shrimp was fine and refused to give her a refund. That’s when the customer went on the disturbing rant.

"Take your [expletive] back to your country."

Nguyen said, "When somebody tells you to go back to your country when you’re born here, where are you supposed to go?"

Nguyen was aware of hate crimes against Asian Americans around the country, but she was surprised when it happened here in Orlando. 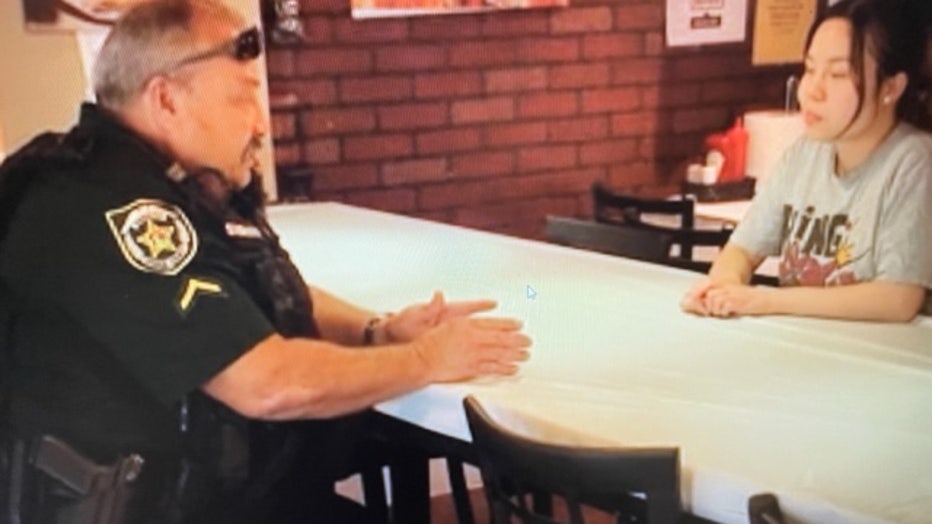 "This is the first time someone’s said a lot of hateful, hateful things."

According to a new Pew Research Center survey, a third of Asian Americans say they changed their daily routine, due to concerns over threats and attacks, with 63% saying violence is increasing against Asians in the U.S.

"It’s great to see that she immediately went to her camera," said activist Mimi Chan.

The unit was formed at the request of the NAACP, with help from Chan.

"Sheriff [John] Mina was very clear that hate of any kind would not be accepted or tolerated in the community."

FOX 35 is not showing the woman’s face, because she didn’t do anything criminal. Still, Sheriff Mina is collecting incident reports, so Orange County has a record of racially insensitive acts.

Then those trends are given to lawmakers to find a solution to help stop Asian hate.  Nguyen’s glad there’s something being done.

"I feel kind of relieved."

There's an outpouring of support, too. Fellow foodies will be gathering at the restaurant at 924 N Mills Avenue to show they care. If you've been a target of Asian Hate in Orange County email AAPI@ocfl.net

Nguyen said some people are posting by mistake to a Facebook page called Beauty Bar Orlando. She said that business has nothing to do with the customer who went on the rant. She asks people to stop posting to that page.