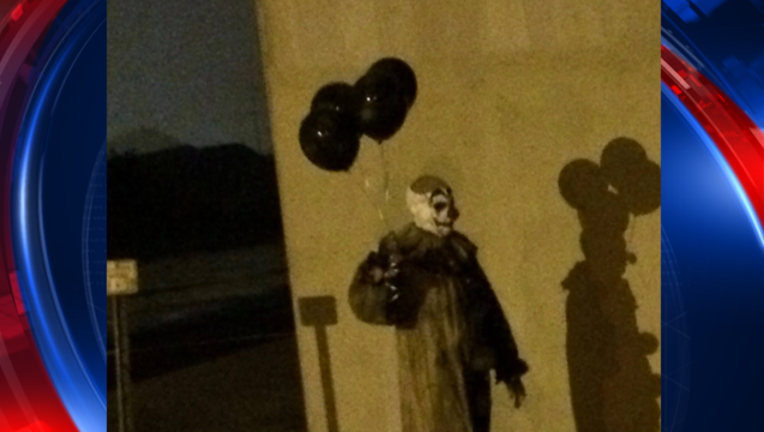 Well, this is the stuff of nightmares.

A Facebook page called "Gags - The Green Bay Clown" popped up earlier this week, and it's freaking out residents in the Wisconsin city.

Several grainy, out-of-focus photos were posted to the page, and they show a creepy clown wandering the streets at 2 a.m. on Monday, holding black balloons.

Police told WGBA that they received several calls about the clown, who is apparently named "Gags," but there was nothing they could do about it.

Read the full story at foxnews.com