ORLANDO, Fla. - A crash involving four vehicles, including an unmarked Orange County Sheriff's Office patrol car, shut down the southbound lanes of State Road 417 in Orlando on Friday morning. This happened between exit 14 and exit 12.

Florida Highway Patrol says no one was transported to the hospital. The crash caused big backups on State Road 417 during the busy rush hour commute. 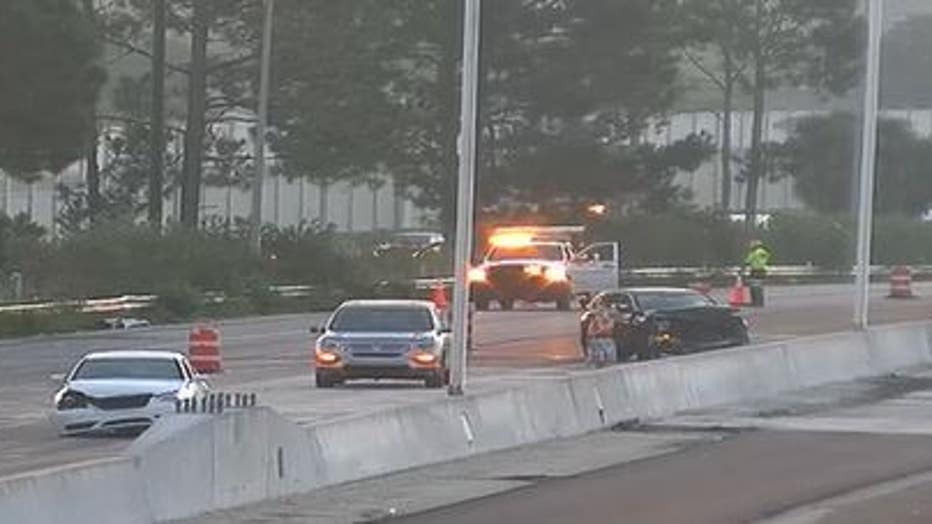 Tow trucks are in route to the scene to clear the southbound State Road 417 roadblock.