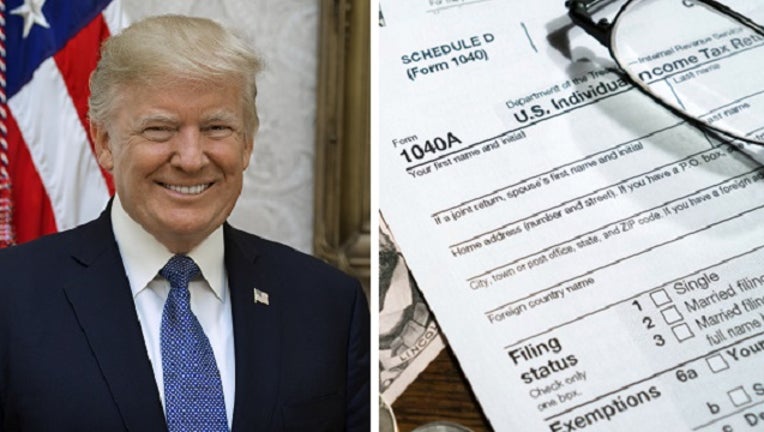 The court said Congress was acting within its constitutional authority to investigate a series of significant issues, including whether Trump was “vulnerable to foreign exploitation.”

It rejected arguments that the subpoenas were meant merely to embarrass the president, though the court said Trump did deserve some privacy protections and outlined procedures for protecting some sensitive personal information in the documents from public disclosure. It also gave Trump a limited chance to object to disclosure of certain documents.

Judge Debra Ann Livingston said in a partial dissent that the lower court should take a longer look at the “serious questions” raised by the case and give the parties time to negotiate.

Jay Sekulow, Trump’s personal lawyer, said in a statement that an appeal to the Supreme Court was under consideration.

“We believe the subpoena is invalid as issued. In light of the Second Circuit decision, we are evaluating our next options,” he said.

The ruling by the appeals court upheld a May ruling by U.S. District Judge Edgardo Ramos, who had said Trump and his company were unlikely to succeed in proving that the subpoenas were unlawful and unconstitutional. The 2nd Circuit panel said three of his children had not shown a likelihood of success on any of their claims and had not identified a single factual issue to take to trial or a single witness or document that might add substance to their claims at trial.

Lawyers for the House committees, both of which are controlled by Democrats, say they need access to documents from the banks to investigate possible "foreign influence in the U.S. political process" and possible money laundering from abroad.

In a decision written by Circuit Judge Jon O. Newman, the appeals court said that while Trump and his children might suffer a loss of privacy if the documents were disclosed to Congress, the records had to do with their business ventures, not intimate personal details.

“The Committees’ interests in pursuing their constitutional legislative function is a far more significant public interest than whatever public interest inheres in avoiding the risk of a Chief Executive’s distraction arising from disclosure of documents reflecting his private financial transactions,” the decision said.

The court noted that the president had not disputed that the bank loaned him at least $130 million when no other bank would do so.

“That unusual circumstance adequately supports requests for information to determine whether proper banking procedures have been followed,” the decision said.

The ruling is likely to put several appeals over Trump’s financial records at the Supreme Court’s door at once.

In mid-November, Trump’s lawyers filed an emergency appeal with the high court over a ruling in a Washington, D.C., case involving a subpoena from a House committee for financial records held by Trump’s accountants.

And Trump’s lawyers are also counting on the Supreme Court to rule by next summer whether Manhattan District Attorney Cyrus Vance Jr. can obtain Trump’s tax returns since 2011 from his accountant as part of a wide-ranging criminal grand jury probe. They argue that Trump cannot be prosecuted or even investigated for crimes while he’s president.