FOX 26 Reporter Matthew Seedorff explains what happened inside a Humble home that led to a clear alert, then a mother found dead inside a trunk of a vehicle that her son was driving in Nebraska.

HOUSTON - Court documents are providing some new information after a son and mother went missing and were later found in Nebraska with the mother dead.

A clear alert was issued by authorities after they were reported missing. 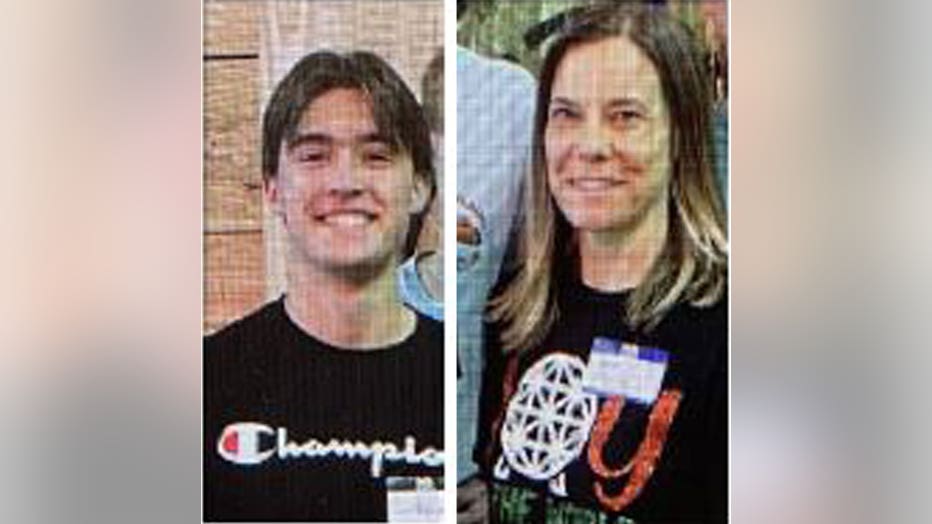 Court documents stated that Tyler used the husband's vehicle to get to and from school on specific days of the week, but was not allowed to drive the vehicle outside of Harris County or the state.

According to the documents, police said they found blood and apparent human teeth in the garage of the family's home.

Documents said the husband of the mother also found what appeared to be a trail of blood from the garage to the master bedroom, where the human teeth were found.

Court documents also revealed that the husband contacted Discover, and found out that a card, that was both the husband's and wife's, was used at gas stations in Humble, Richland, Atoka, Oklahoma, and Chetopa, Kansas.

Currently, Tyler has only been charged with unauthorized use of a vehicle.

The investigation into the case is ongoing.