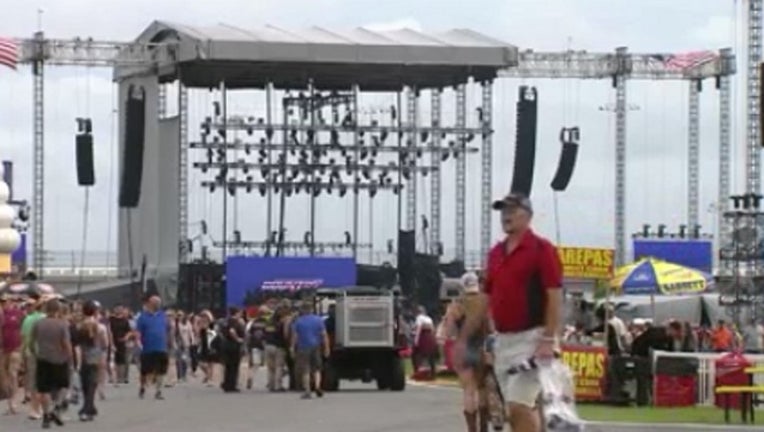 DAYTONA BEACH, Fla. (WOFL FOX 35) - The Country 500 music festival got off to a late start Sunday because of the potential threat of weather.

Organizers decided to open the gates at around 5 p.m.

They were originally scheduled to start letting fans in at 2 p.m. with the live music getting underway at 3 p.m.

“We just were looking at the conditions this morning and it was more about the unknown - what we didn’t know from the storm out in the gulf,” said Daytona International Speedway President Chip Wile.

Country 500 officials say all of the headline acts still got on stage, but Runaway June and DJ Dirty didn’t perform because of the late start.

“Some people that we wanted to see were bumped, but we're excited for Clare Bowen. Sugarland is our favorite and Toby Keith,” said Samantha Webber, from Orlando.

The rain, for the most part, held off, but a lot of fans say they would have stuck it out, regardless.

This is the third year of the Country 500.