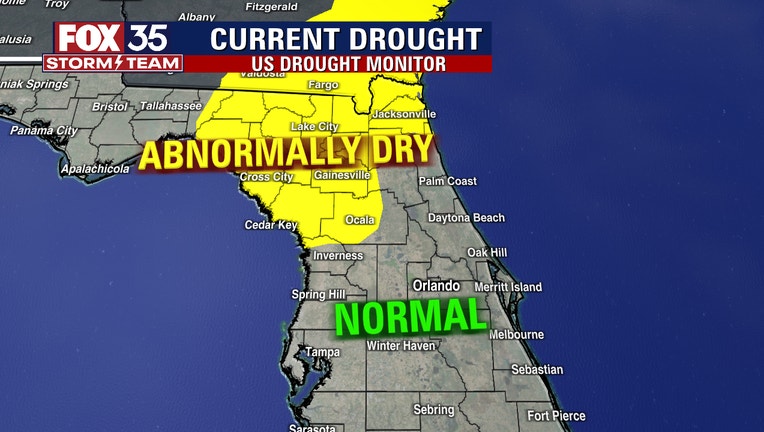 LAKE MARY, Fla. - Our landscape is drying out and with only paltry rain chances ahead, many are starting to wonder if we could be heading toward another drought.

This week serves as a gateway to warm days ahead, with the 80s returning late next week to further dry things out, and we are looking ahead at only one rain chance over the next seven days. At that point, most of us will receive less than a quarter of an inch and most will be immediately soaked up in our sandy soil.

For the "real rain," we've got to wait until May when the "rainy season" begins and Florida receives over 60% of its annual rain. This wet season lasts into September and is marked by daily afternoon thunderstorms as sea breezes stir the humidity and induce the formation of showers and storms, earning it that nickname. 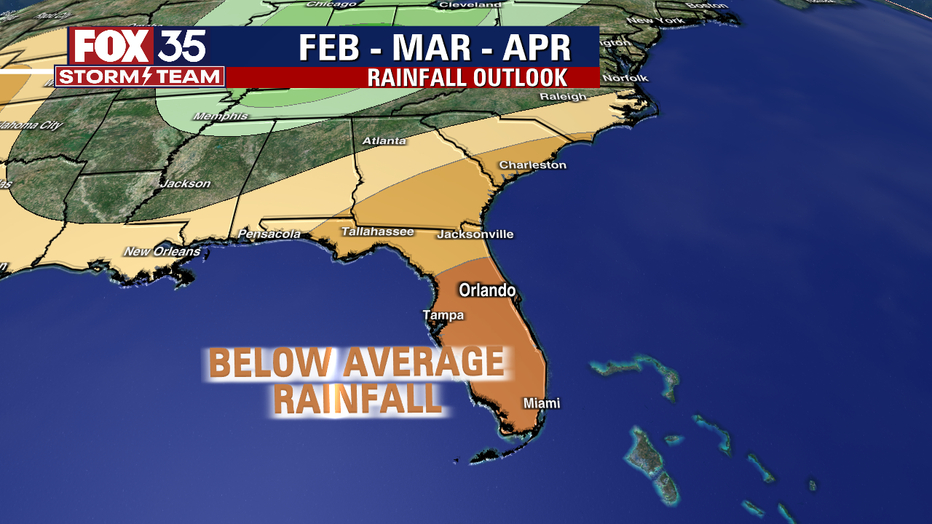 While Florida doesn't entirely get four seasons, it does have a measurable two seasons: measured by a rain gauge.  Though summer's afternoon deluges can soak parts of the region with a half-foot of rain in one sitting, this entire year we've only seen about three and a half inches.

Indeed, this dry season has been a bit drier than normal. We are at a deficit by an inch and a half from what's considered normal. Thankfully this is a relatively small amount and with luck, we'll make it up quickly.

North Florida has been even drier, with Gainesville down nearly two-and-a-half inches, earning a designation by the U.S. Drought Monitor as, "abnormally dry." It's also known as, "D0" as in, "drought level zero." Drought level three or, D3 is considered "extreme" drought and D4 is "exceptional" drought -- an unfortunate state of affairs our American West has been fighting through for years. With that perspective, D0 (in yellow) isn't terrible, but at this level, it helps to have an irrigation system to keep the grass lush.

In our next and only real chance for rain this week, a cold front will approach Saturday night pulling in some moisture from the Gulf of Mexico. It's set to bring a round of showers and even a few thunderstorms through early Sunday morning, before ushering-in chillier weather for a day on Monday, Valentine's Day. Any icy hearts thaw by the end of next week with a building heatwave when the upper 80s may once again warm things up. 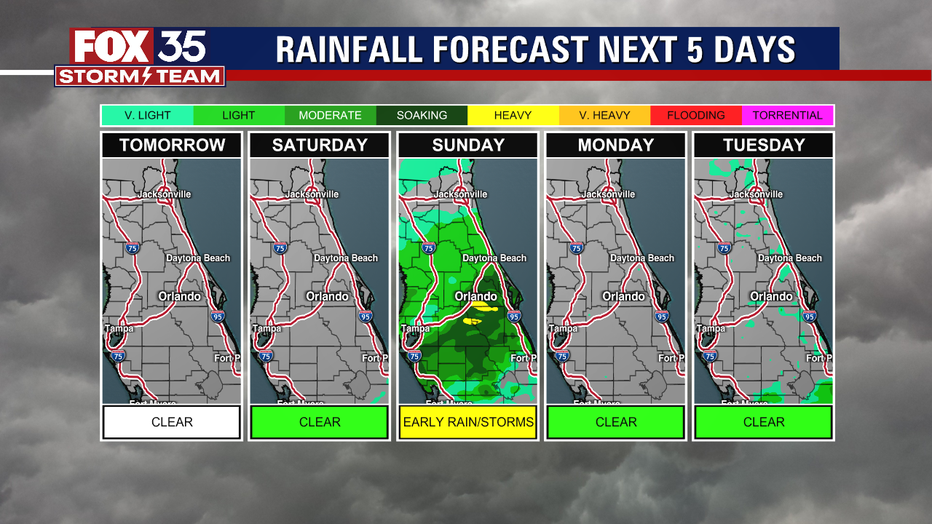 In just 9-12 weeks from now, we'll get back to the daily ritual of heavy rain to alleviate what may be an enhanced area of drier-than-normal weather.   We know our winter months are typically dry in Florida, but an unusual cooling of the eastern equatorial Pacific waters off of Ecuador, known as, "La Niña" has kept beneficial rains even farther out of reach. This unusual phenomenon impacts the Northern Hemisphere's storm track, keeping most systems north of our region. It also helps to keep our winters a bit warmer than normal further reducing our relative humidity and drying out plants, though admittedly this winter's been pretty chilly at times.

These trends are considered "general" but may not dictate an either/or scenario. Just because La Niña is here, it doesn't necessarily mean all of its typical effects will happen or happen as regularly as they might in other seasons. That said, the drier-than-normal reputation of La Niña has already been observed and is expected to continue through the end of the dry season. The Climate Prediction Center (NOAA) says there's a 95% chance that La Niña will go away this spring, which could send our region back to a very wet rainy season. 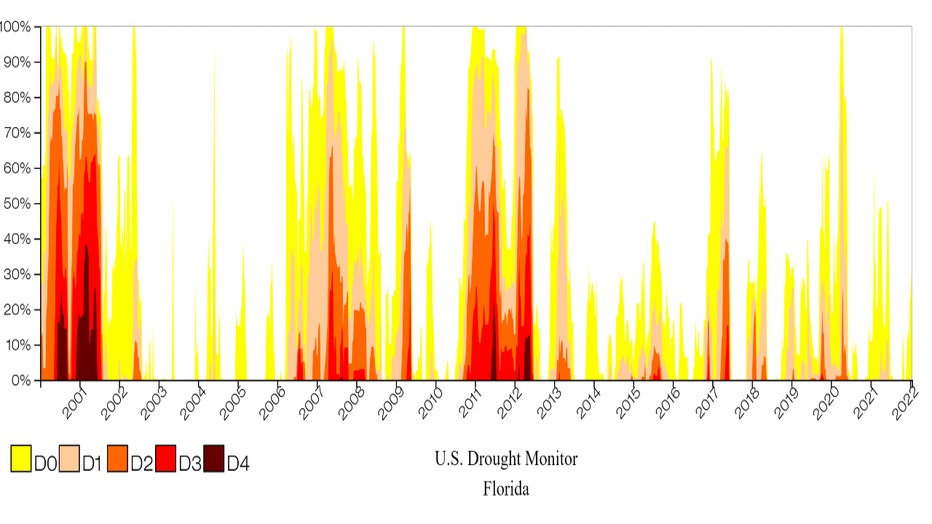 Compounding these dry issues is our unusual freeze last week which killed many plants and that could enhance a spring wildfire danger. One neat thing, meteorologically about Florida is that we are surrounded by warm ocean waters so the chance of our region slipping into a serious drought is pretty low, but it has happened. All it takes is a strong La Niña eliminating most of the fleeting winter rains, followed by a relentless subtropical high over the Atlantic nosing-in over our region, keeping the storms at bay (it's thought global warming may enhance these areas of the Atlantic high pressure in the future, leading to even more heat and with lower chances of cooling afternoon storms).

The National Integrated Drought Information System website states that since the turn of the millennium, the longest drought Florida experienced spanned two-and-a-quarter years, from April 2006 until August 2008, when the state experienced D-1, "moderate drought" to D4, "extreme drought." The most intense occurred in late February 2001, when nearly 40% of the state was parched under D4 extreme drought. This created conditions allowing for 800 wildfires which burned 23,000 acres. It also resulted in widespread water shortages, affecting both lawns and agriculture. Car washes couldn't operate after 3 p.m. and homeowners could only water lawns twice per week.

Hopefully, we'll not have to experience that again, but as this chart shows, short episodes of drought do happen, and no doubt, will again. It may not happen this year, but it might next.

Stay with the FOX 35 Storm Team as we track the latest in your short-term weather forecast and long-range climate outlook!