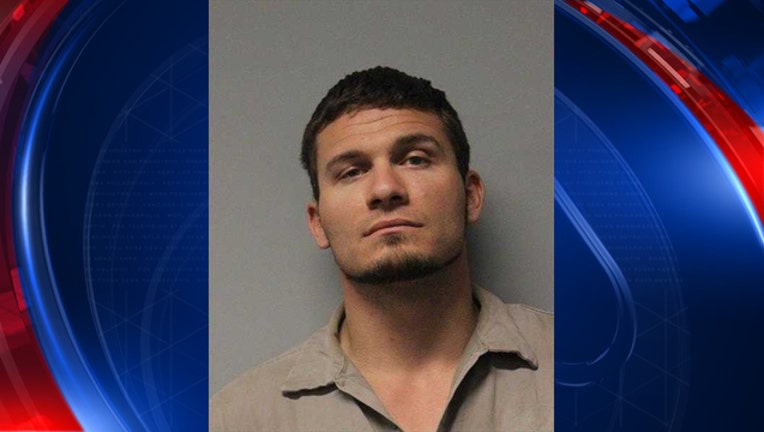 (WARNING: This story contains subject matter and content that may be disturbing to some. Discretion is advised.)

COTTONWOOD, Ariz. (FOX 10) -- Cottonwood Police officials say they identified the suspect in an incident where nude photos were sent to a 16-year-old girl, because of a tattoo on the suspect's genitals.

In a statement released Friday, officials say 28-year-old Joshua Louis Hillyard was arrested by Thursday afternoon, during a meeting with his probation officer. The victim reportedly contacted her School Safety Officer, saying she received unsolicited inappropriate pictures and messages from Hillyard, who is known to her.

The victim, according to police, met Hillyard through an outreach program, where he was a mentor.

Police say some of the photos sent through social media included a picture of Hillyard's penis, which was identified because he has the words "Fun Size" tattooed on it. During an interview with the suspect, he told investigators he knew the victim's age, but though the age of consent in Arizona is 16, because that is the law in Montana.

Police say Hillyard is on probation out of Montana and Wyoming, but had his probations transferred to Arizona. He was reportedly on probation for burglary, fraud, and sale of dangerous drugs. Hillyard has been booked into the Yavapai County Detention Center for a count of furnishing harmful materials to a minor, which is a felony.