BALTIMORE - More than 8 million people around the world have been sickened by the novel coronavirus as of June 16, according to the data from the Johns Hopkins Coronavirus Resource Center.

The U.S. makes up for 2.1 million of those confirmed cases, and more than 115,000 Americans have died from the virus, remaining the country with the highest number of COVID-19 infections and related deaths.

Worldwide, more than 3.8 million people have recovered from COVID-19 — while at least 437,000 have died from the virus, according to data compiled by Johns Hopkins.

The global milestone comes as Chinese authorities locked down a third neighborhood in Beijing as they rushed to prevent the spread of a new outbreak, which has infected more than 100 people.

China reported 40 more coronavirus infections nationwide through the end of June 15, including 27 in Beijing, bringing the total to 106 in the nation’s capital since June 11. At least one patient was in critical condition and two were in serious condition. Four cases were also reported in neighboring Hebei province, with three linked to the Beijing outbreak.

The resurgence in China has highlighted public health expert calls for vigilance as many nations move forward with easing virus restrictions to revive their economies.

New Zealand, which hadn’t seen a new case in three weeks, said it is investigating a case in which two women who flew in from London to see a dying parent were allowed to leave quarantine and drive halfway across the country before they were tested and found to be positive. And the Philippines reimposed a strict lockdown on the city of Cebu after a rise in cases. 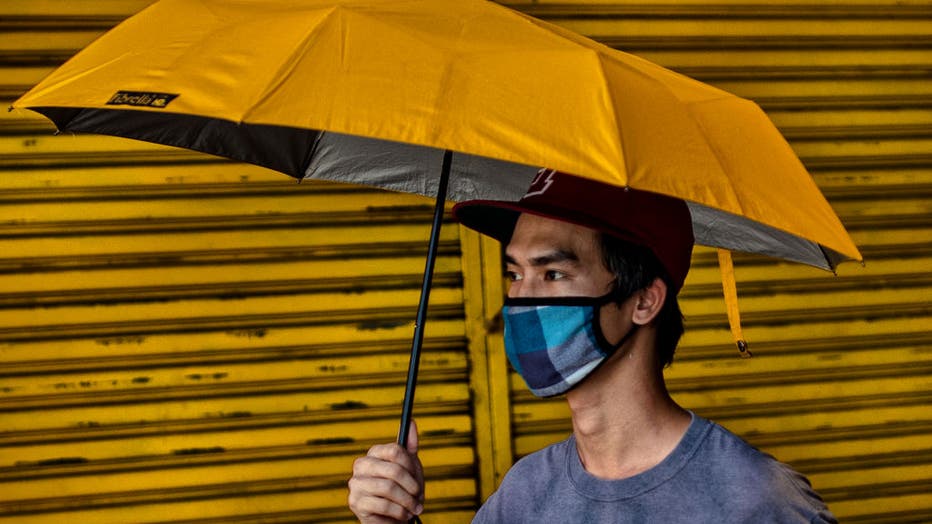 A man is seen wearing a face mask on May 30, 2020 in Calamba, Laguna province, Philippines. (Photo by Ezra Acayan/Getty Images)

Reopening also continued in Mexico and Brazil despite cases climbing in the two largest nations in Latin America, where authorities struggled to handle the pandemic's effect on already-weak medical systems.

In the U.S., several states have reported a rise in infections, which could intensify as people return to work and venture out during the summer.

The head of the World Health Organization said June 15 that more than 100,000 confirmed cases of coronavirus have been reported globally each day in the last two weeks, and countries that have curbed transmissions “must stay alert to the possibility of resurgence.”