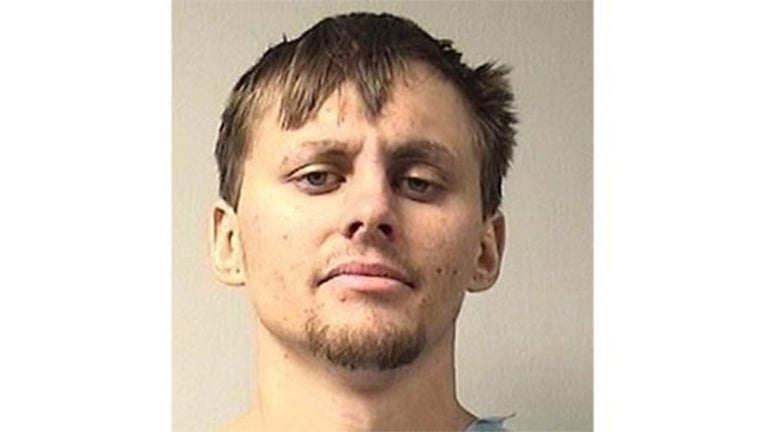 KANSAS CITY, Mo. (AP) — A suburban Kansas City man who is accused of killing his mother by shooting her and attacking her with a bat and butcher knife was tattooing the word "Mom" on his leg when he was arrested, according to court records released Monday.

Shane Harrelson, 23, of Independence, was charged Monday with first-degree murder and armed criminal action in the death Saturday of Michelle R. Harrelson, 47, of Independence. Prosecutors have requested a $500,000 bond. No attorney is listed for him in online court records.

Officers who were summoned to the victim's home found Michelle Harrelson's body in a brush pile and Shane Harrelson in a detached garage using a tattoo gun in an apparent effort to free-hand the word "Mom" on his thigh, according to the probable cause statement. Harrelson told arresting officers he was "sorry" he initially ignored their orders to drop the tattoo gun and that it "must be tough coming to things like this," the statement said.

The victim's boyfriend told police that he discovered the body after Harrelson appeared, shaky and bloody, and said his mother had chastised him for being lazy and dirty. The boyfriend then called the suspect's father, who went to the home and observed his son working on the tattoo. The father told responding officers that his son had a history of mental illness and had been admitted for treatment in the past.

Officers who searched the scene found plastic trash bags near the body containing rags, a wooden baseball bat and a kitchen butcher knife — all of which appeared to be covered with blood. Inside the home was a cordless drill covered in blood, human hair and bone fragments. Spent 9mm shell casings also were found near the body and in the home.

The defendant told police when he was interviewed on Sunday that the day before he had "kissed" his mom "goodbye," but declined to elaborate on the statement. He then told detectives he was tired of talking about his mother, the probable cause statement said.