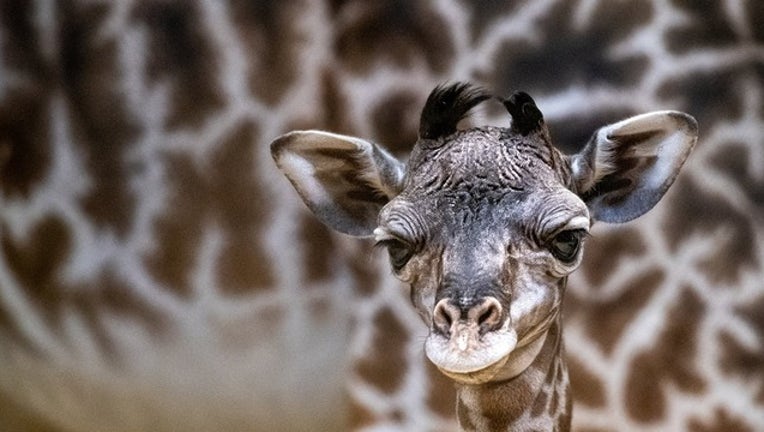 "The birth is the first at Cleveland Metroparks Zoo since breeding male Masai giraffe, Bo, came to the Zoo in late 2017," the zoo said in a press release.

The baby giraffe was born weighing approximately 101 pounds, which is small for a male giraffe calf. They typically can weigh about 150 pounds at birth.

Cleveland Metroparks Zoo veterinarians and animal care teams are monitoring him and his mother, Jada, closely. The zoo says the two seem to be bonding well and the new calf is nursing.

"Calf and mom, Jada, can be visible at times to guests in the giraffe barn. They are expected to soon join the rest of the Zoo’s Masai giraffe herd in the outdoor habitat."

Details on the public’s chance to help name the calf will be out in the coming weeks.