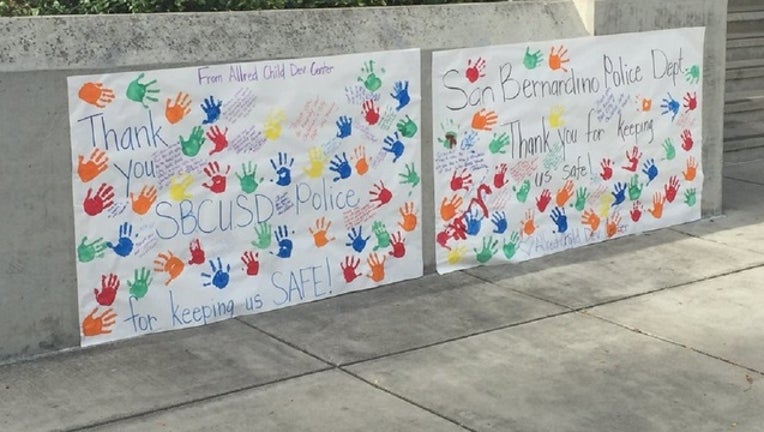 SAN BERNARDINAO, Calif. - It was a humble thank you full of finger painted handprints and personal messages left to the men and women of the San Bernardino Police Department.

The department tweeted a photo of two posters left by the Allred Child Development Center. One of the banners proclaimed: "Thank you for keeping us safe!" The other echoed the sentiment.

The signs are also a beautiful message of healing to a community that lost 14 lives and injured 21 more in what federal officials described as an act of homegrown terrorism.

Syed Farook and his wife, Tashfeen Malik were identified by officials as the two who opened fire at a holiday work gathering of Farook's co-workers at the Inland Regional Center in San Bernardino. Both were killed during a chase and subsequent shootout with police.