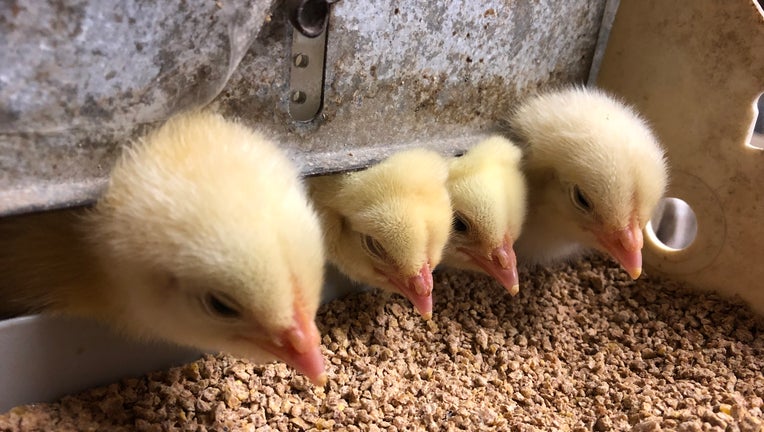 ORLANDO, Fla. - Along with toilet paper and hand sanitizer, chicks are flying off the shelves, nationwide. Bill Palmer, who runs Palmer Feed in downtown Orlando, says he's never seen it like this.

“Man, I guess about two weeks ago when the whole thing really started,” Palmer recalled, “we sold probably twice as many as we normally do - about 200 chicks in one week!”

Palmer said since then, the demand hasn't slowed down. “We got 150 in on Wednesday,” he said, “we've sold about half already.”

Palmer said in these uncertain times, people were buying the baby chickens as a ready source for eggs - but he said that was easier said than done. Anyone who plans to raise chicks to lay eggs has got to be in it for the long haul. It takes about six months before they get to the age where they start laying eggs, and Palmer said you really needed to know what you were doing.

“This is an infant,” Palmer said, “you've got to really take care of it, like an infant.”

That means keeping them at a comfortable 85-90 degrees Fahrenheit, giving them fresh water infused with vitamins, feeding them "chick-starter" feed for the first 3-4 months, and keeping them in a well-built cage.

“You really should be concentrating on the cage or brooder pen with heat, maybe even electricity, first, before you get the chicks,” Palmer instructed.

If you get a chick and suddenly decide you don't want it anymore, or it's too much work, Palmer said please don't abandon it, instead, bring it to him and they would buy it from you.